The Thick Of It

Armando Iannucci is directing a new adaptation of David Copperfield. The Personal History of David Copperfield will be Armando’s third film as director after In the Loop and The Death of Stalin. He has co-written the script with Simon Blackwell (Back, The Thick of It). Dev Patel (Lion, [...] 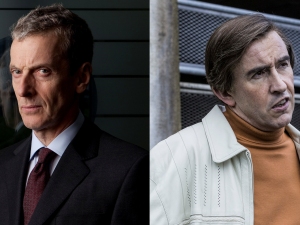 Armando Iannucci is making a sci-fi comedy pilot for American TV network HBO. Avenue 5 (working title) is described as a comedy set in the future, mostly in space. The pilot will be Iannucci’s first work for HBO since leaving Veep and it is due to film in London next year. Meanwhile, [...]

Jessica Hynes appears as part of a star-studded line up for new BBC quiz special We Love Sitcom this Friday evening. A sort of ‘Big Fat Quiz of the Sitcom’, this hour long special features Ben Miller as quizmaster, alongside four teams of comedy greats, battling it out to be crowned [...]

UKTV Gold are running a new late night strand at the weekends. Starting on Friday (5th), they are “celebrating the very best in dark humour and cult comedy classics every Friday, Saturday and Sunday from 11pm”. There are a lot of TVO related people and shows, starting with the reason [...]

No, it’s not the title of another useless television pitch by yer man Alan, but the news that TVO’s top hitters are up for yet more gongs – this time at the BAFTA Television Awards. The seemingly never ending cycle of BAFTA award ceremonies is no bad thing when the likes [...] 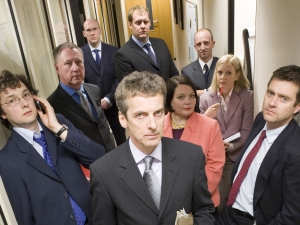 Here at TVO, we have a huge soft spot for The Thick of It. We haven’t mentioned the show nearly as much as we should have: after all, most of it’s run was before The Velvet Onion was ‘planted’, and last year’s final run got an awful lot of publicity without us… [...]

The nominations for the 2012 British Comedy Awards have been announced, and a number of TVO flavoured productions are, quite rightly, in the running. Amazingly, all four shows up for Best New Comedy Programme can be traced back to these very pages, starting with the [...]

Acclaimed political satire The Thick of It returns for a long-awaited fourth and final season this weekend, and we’ve got a selection of pictures from the new run to celebrate. The show, which focuses on fictional representatives of both major parties in UK government, was created by Alan [...]