A while ago we told you that Katherine Parkinson would star in a new radio series about a small English village invaded by the Geonin – Aliens who have decided to invade Earth one village at a time. Welcome to Our Village, Please Invade Carefully will be broadcast this Thursday (5th) at [...] 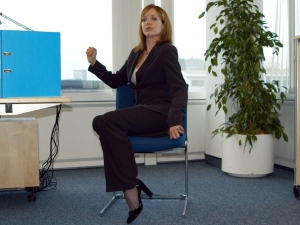 Katherine Parkinson  is set to star in a new sci-fi sitcom pilot for BBC Radio 2. The show, called The Resistance, follows the story of Katrina Lyons (Parkinson), who inadvertently finds herself in the middle of an alien invasion in the small English village of Cresdon Green, while visiting her [...]