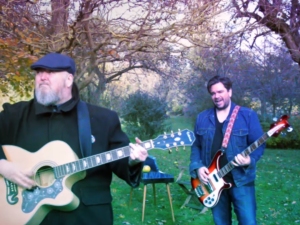 Matt Berry makes a guest appearance in the latest music video from Irish chamber-pop outfit Pugwash. Until very recently a four-piece band, Pugwash is now the solo moniker for Thomas Walsh. In their previous iteration, the band supported Matt on his 2013 UK tour, and both Walsh and his former [...] 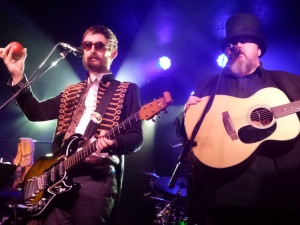 The Duckworth Lewis Method – a band with strong TVO connections, if not quite in our regular roster – are currently touring the UK. Frequent collaborator Matt Berry appeared at their recent London show, and with our editor in chief, Paul Holmes, attending their Manchester show this [...] 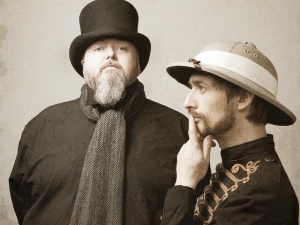 He was infamously on the receiving end of a bat in an episode of Snuffbox, but unlike Bob Fossil, Matt Berry really does like cricket. What he likes even more, though, are the good folk behind The Duckworth Lewis Method – the baroque art rock band formed by The Divine Comedy’s Neil [...]

Next week sees the release of Sticky Wickets – the long awaited second album from The Duckworth Lewis Method – and as with their first album, a regular collaborator with TVO credentials is involved. The band are comprised of Divine Comedy legend Neil Hannon and the frontman of [...] 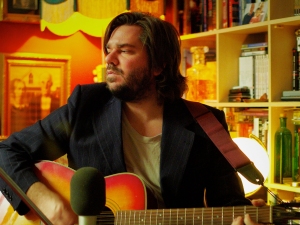 Matt Berry has a new video for the single So Low, (to be released on 1st August) from the Witchazel album. You might recognise a few people in the video, which claims to be from ‘The Old Grey Whistle Test’ in 1973. Matt tweeted earlier “New single ‘So Low’ getting [...]