Paddington 2 – the smash hit family film from written by Paul King and Simon Farnaby and directed by King – has officially wowed the critics like very little else. Movie website Rotten Tomatoes is famed for rounding up as many officially published reviews as possible, to inform its [...]

It was a strong year for British film last year, and a fantastic one for TVO related movies too, so we’re overjoyed to learn that both Paddington 2 and The Ghoul have been nominated for BAFTA awards this morning. Paddington 2, written by Simon Farnaby and Paul King, directed by King [...]

Mindhorn is now available to watch on Amazon Prime Video. In the 2017 comedy film written by Julian Barratt and Simon Farnaby, Julian stars as Richard Thorncroft – a washed up actor whose career peaked in the 1980s when he was known for playing Mindhorn, a detective with a robotic eye that [...]

Paddington 2 is in cinemas now, so Paul King and Simon Farnaby spoke to film site HeyUGuys about it. In the five-minute interview, Paul and Simon talk about the widespread appeal of Paddington as a character, the resonance of a story about a stranger in need of kindness, and how they approached [...] 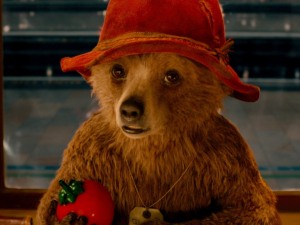 The Museum of London is hosting an exhibition of costumes and props and from Paddington 2. The follow up to the hugely-successful Paddington is once again directed by Mighty Boosh and Bunny & The Bull director, Paul King, is written by the multi-talented Simon Farnaby, and features follow TVO [...]

The trailer and supporting cast for Paddington 2 have been revealed. Paul King (director of The Mighty Boosh and Bunny and the Bull) returns to direct Paddington 2, and he has co-written the film with Simon Farnaby (Horrible Histories, Yonderland, Detectorists). Many of the original [...]

The Velvet Onion is deeply saddened to learn of the death of beloved childrens author Michael Bond CBE, following a short illness. Bond’s most famous work in a career which spanned six decades is, of course, Paddington Bear: the mamalade-loving young bear from deepest, darkest Peru. First [...]

Mindhorn – the smash hit film from Julian Barratt and Simon Farnaby – will be released on blu-ray, dvd and download in September. If you’ve been living under a rock recently, or maybe just in a bunker filled with merchandise from long-forgotten detective series, Mindhorn is [...]

The first look trailer for Paddington 2 has been released this morning. The film reunites the all star cast of Hugh Bonneville, Sally Hawkins, Julie Walters, Jim Broadbent, Peter Capaldi, Madeleine Harris and Samuel Joslin, with Ben Whishaw as the voice of Paddington and Imelda Staunton as Aunt [...]

Antony Elvin‘s new single with Nina Miranda, Whole of London, is out now alongside the parent album, Freedom of Movement, via Six Degrees, and the track’s music video has been released today. Freedom of Movement is the debut solo album from the English Brazillian singer, who has [...]

Following the successful reissue of Richard Thorncroft’s cult single You Can’t Handcuff the Wind, recently featured in the movie Mindhorn, a limited edition 3-track 12″ single is available to pre-order by the actor. The film is written by and stars Julian Barratt and Simon [...]

Unless you’ve been living under a rock, you’ll be aware that Mindhorn, the new film from Julian Barratt and Simon Farnaby, has just started its run in UK cinemas. Mog on our team had the pleasure of chatting to them earlier this week: I wasn’t too sure what to expect of my time [...]

Our roving reporter, Mog, has been lucky enough to see Mindhorn twice. The first time she was so absorbed in the film she forgot to make any notes. That probably tells you all you need to know (about both the film and her). On the second run, she was able to remember why she was there; [...]

Mindhorn, starring Julian Barratt, Simon Farnaby, Essie Davis, Russell Tovey and Steve Coogan, arrives in UK cinemas May 5th  – and to celebrate we’re launching a very special competition! Inspired by the film’s character The Kestrel and his love of plasticine, we’re inviting The [...]

…but Richard Thorncroft can, as his legendary long-lost single of the same name is released digitally today. UPDATE! The music video is now available too, and can be watched at the bottom of this post. The track features in Mindhorn – the new film written by and starring Julian [...]