The long awaited Australian Trilogy from award-winning comedian Sarah Kendall begins on BBC Radio 4 this week. The three part series, which we revealed back in July, will adapt Kendall’s 2014, 2015 and 2016 Edinburgh Fringe shows – Touchdown, A Day in October and Shaken – [...]

The Edinburgh Fringe is fast approaching, and with a host of TVO favourites leading the charge throughout August, we are highlighting the shows you simply have to see. As well as a smattering of interviews, we’ll be bringing you a range of preview ‘Soapbox’ pieces, in which a member of [...] 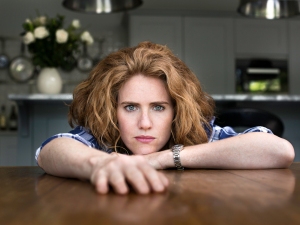 With the Edinburgh Fringe drawing ever closer, TVO has been speaking to some of the familiar faces you can see at this year’s festival. Fresh from a round of intensive previews, we caught up with the 2015 Edinburgh Comedy Award nominated Sarah Kendall for an in-depth natter about her incredible [...]