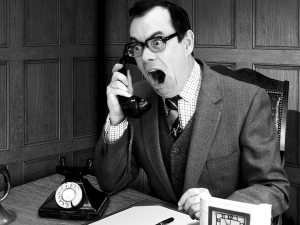 Kevin Eldon returns to BBC Radio 4 tonight with a third series of his sketch series Kevin Eldon Will See You Now. The first series of four episodes aired back in 2012, with a second set following in 2014. With no further episodes produced last year, it was understandable for many of Eldon’s [...] 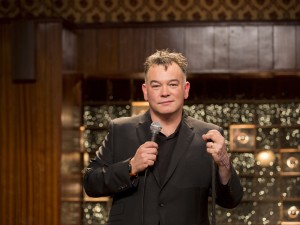 Stewart Lee’s Comedy Vehicle has been axed as part of budget cuts at BBC Two. The legendary cult comedian made four series of the programme in 2009, 2011, 2014 and 2016. It featured some of Lee’s finest stand-up routines interspersed with short sketches and films (featuring the likes [...] 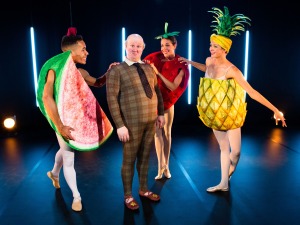 Welcome to The Velvet Onion – the central hub for an interconnected range of alternative comedy and more. Click through for the LATEST NEWS, and see what’s so hot right now take a look below. House of Fools welcomes Way & Davis Series Two of House of Fools continues apace this week, with [...] 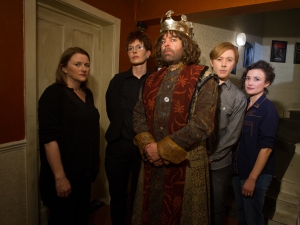 The past week has seen a smattering of TVO regulars make appearances across television and radio we didn’t have chance to warn you about ahead of transmission, plus a couple of shows you should already be watching have been airing too. As such, we thought it prudent to give you a quick [...]

The third series of the award-winning Stewart Lee’s Comedy Vehicle starts on Saturday March 1st, and it will feature two of our designated ‘comedy pioneers’ in its line up: Chris Morris and Kevin Eldon!  In addition to acting as script editor for the series, Morris will be [...]

Kevin Eldon’s BBC radio 4 series, Kevin Eldon Will See You Now, is now available as a download from Amazon. The 4 part series was broadcast in August and includes a robot king, a ’50s spaceman, a  fruit bowl and the Hallelujah Chorus. Guests are, among others,  a stupid man and a [...]

This Tuesday sees the launch of Kevin Eldon’s new BBC Radio 4 series. Kevin Eldon Will See You Now is a four-part comedy written by Kevin, with additional material by Jason Hazeley and Joel Morris, and original music by Martin Bird Appearing in the first episode are lots of our favourite [...]