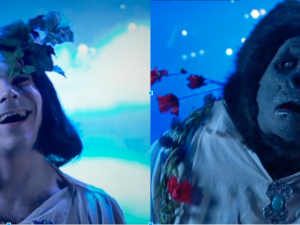 A collection of Dave Brown‘s photographs of The Mighty Boosh are currently on display at The Book Club in Shoreditch. Mog headed down to the exhibition on our behalf when it first opened; here’s her report… There’s something special about photographs of people taken by [...]

As you’ll know if you’re a regular reader of The Velvet Onion, The Book Club in Shoreditch is hosting a photography exhibition and a series of events in celebration of The Mighty Boosh. Dave Brown, famous for sweating his way through three TV series and two live tours in a hairy [...]

A wee while ago Noel and Mike Fielding were spotted out and about in London, filming with The Trailer Park Boys. It has now been revealed that the show will air on Netflix next month. The Canadian comedy troupe announced the news as only they can: “DEEE-CENT NEWS! We’re pleased as f*ck [...]

Mike Fielding and Noel Fielding are the stars of a new music video from supergroup The Claypool Lennon Delirium. A collaboration between Sean Lennon and Primus rocker Les Claypool, their debut album The Monolith of Phobos features psychedelia-influenced jam sessions, with surrealist lyrical [...]

The Velvet Onion would like to extend our deepest sympathies to the family and friends of Victoria Wood CBE, who passed away today. Hailing from the Prestwich area of Bury in the North West of England, Victoria Wood started her career appearing on tv talent show New Faces in 1974, and became a [...]

Boosh fans were sent into a frenzy last week, when the online version of Radio Times claimed The Mighty Boosh were to reunite for a new project. The article centred around comments made by Julian Barratt during promotion for his role in the new Channel 4 sitcom Flowers (get the lowdown [...]

Rich Fulcher is to join the North America leg of Noel Fielding‘s tour. Seven long years after the Future Sailors tour wrapped up in early 2009, Rich will be joining Noel and Mike Fielding for the North American tour dates between March 10th and April 9th. As Rich himself put it, [...]

With Noel Fielding embarking on the next leg of his UK tour, and US/Canada shows in the pipeline, we wanted to do our bit to support An Evening With Noel Fielding. But because we’re The Velvet Onion, and because you lovely lot expect something different from us compared to what you can [...] 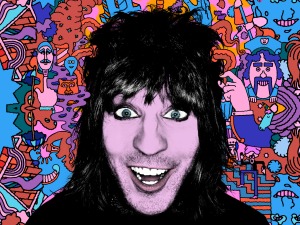 The DVD of An Evening With Noel Fielding, Noel Fielding‘s 2014/15 live show, will be released on 16th November and is now available to pre-order. Priced at £12.50, the DVD features a recording of the live show (filmed in Australia), and a behind-the-scenes documentary by Joe Lynn, who [...]

Noel Fielding and Mike Fielding met up with The Trailer Park Boys, who were visiting England for a few days, to chat about life in London, and the best tourist locations to visit. They also discussed the lack of ice in England and frozen guitar solo’s, along with Margaret Thatcher and Walt [...]

Joseph Lynn’s reportage photography of Noel Fielding‘s recent UK and Ireland tour kept his dedicated fanbase connected with what was happening – both on and off the stage. And now a selection of the images that Joe has taken will be on show at an exhibition in London’s [...]

A smattering of TVO regulars will be appearing at the Melbourne International Comedy Festival, starting next month. Running from 25th March to 19th April, the festival offers Australian audiences over three weeks of top notch comic talent from around the world, and, much like Edinburgh Festival in [...] 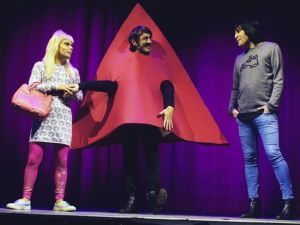 We’re sorry to be the bearer of bad tidings this close to Christmas, but the second leg of Noel Fielding‘s UK tour has been postponed. The 2015 shows were originally scheduled to kick off on 29th January. The dates have now been rescheduled to Autumn 2015 (with the exception of [...]

The hard-to-please critics have been overwhelmingly positive and the fans have been loving it! Just one week into Noel Fielding’s UK tour and it’s been announced that it’s been extended into 2015! An Evening With Noel Fielding, which features Noel, Tom Meeten and Mike Fielding [...]