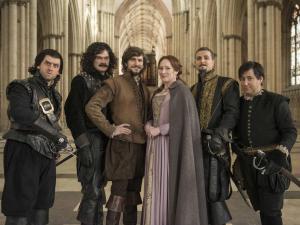 Bill, the new feature film about the lost years of William Shakespeare’s life, from the team who brought us Horrible Histories, has been wowing critics. Inspired by her own visit to the cinema to see the film (which boasts a bevy of TVO faces), Velveteer Mog rounds up the recent Bill [...] 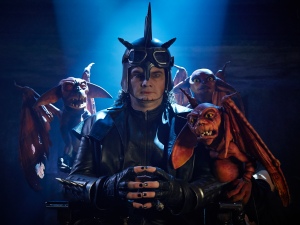 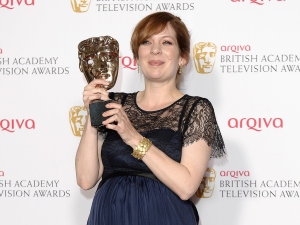 This weekend saw Richard Ayoade and Katherine Parkinson pick up BAFTA TV Awards for their roles in The IT Crowd. The duo were nominated for Best Performance In A Comedy Programme, in the Male/Female categories respectively.  Parkinson faced off stiff competition from Doon Mackichan (Plebs), [...]

Sky 1 have announced their new Autumn Schedule and there are a couple of TVO related shows to look forward to. Yonderland, written by and starring the cast of Horrible Histories, is set to be shown in the Autumn. It is a mixture of live action and puppets, and is a fantasy adventure story. Click [...]

We’re just months away now from the launch of Yonderland – the new fantasy sitcom from the team behind Horrible Histories – and our anticipation has been whetted by the good folk at Sky1 HD. They unleashed this preview picture featuring Simon Farnaby as evil [...]

A while back we mentioned that a full series of the superb Psychobitches would start airing in May 2013. Well hold onto your hairdo, because the first episode airs on May 30th! Psychobitches reads like a who’s who of female TVO artists, featuring the likes of Katy Brand, Sharon Horgan and [...]

The Wrong Mans is a dark comedy thriller co-written by and starring James Corden and Matthew Baynton with Tom Basden and script edited by Jeremy Dyson. It has just been announced that comedy legends Dawn French and Rebecca Front have joined the cast and the show also stars Dan Renton Skinner [...] 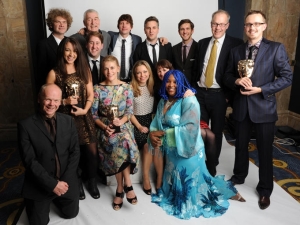 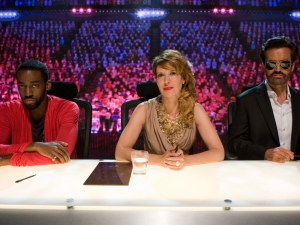 New episodes of Horrible Histories will be hitting our TV screens soon! The new series starts on 9th April on CBBC, although detailed listings are not yet available. This will be Series 4 of the multi-award-winning comedy sketch show for kids, and it features twelve standard and three special [...]

This is Jinsy, the comedy from Sky Atlantic featuring Alice Lowe, Colin Hoult and many others, has been commissioned for an eight-part second series. It will be filmed next year and shown in 2013, for more details see this link. Have a look at our article about This is Jinsy here, and the first [...] 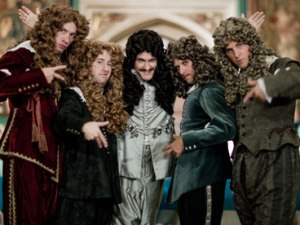