High & Dry, a new comedy series from Marc Wootton, is coming soon to E4. Written by Marc Wootton and directed by Dave Lambert, High & Dry began life as a Channel 4 ‘comedy blap’ back in 2015, before it was commissioned for a full series by E4. Having crash landed in a tropical [...]

E4 has commissioned a new sitcom from Marc Wootton, directed by Dave Lambert, called High & Dry. Wootton is probably best known to TVO readers for his appearances in comedies such as Inside No. 9, Psychobitches, Nighty Night and Drunk History UK. Or if you’re a parent, you might [...] 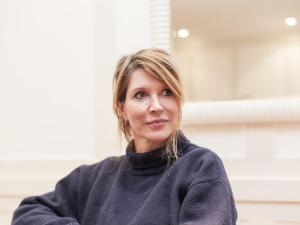 A new character comedy from Julia Davis is coming to BBC Radio 4 from 11pm tonight.  Following a well-received one-off episode last year, Couples is now back on BBC Radio 4 for a full series. The semi-improvised comedy features Julia Davis and Marc Wootton as various couples in therapy, with [...]

IT Crowd‘s Katherine Parkinson and Horrible Histories Ben Willbond have been confirmed as one of the cast appearing in Steve Pemberton and Reece Shearsmith‘s new TV project for BBC2. Inside No. 9 (the working title) will consist of six separate 30-minute stories about what goes on [...]