Some familiar names almost crept past our peepers in a new show to come from the Soho Theatre! Chat Show Roulette is a new take on the traditional chat show format, there will be a host and three guests, but the guests are all comedy performers and they won’t know who their characters are [...]

A one-off tv pilot co-written by Dan Tetsell back in 2005 has emerged online. This Is Genius: No Place Like Holmes is a spoof documentary for BBC4 which takes a psychogeographical journey into Sir Arthur Conan-Doyle’s vision of London. It was written by Tetsell with Danny Robins, and [...] 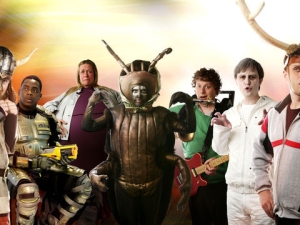 Alice Lowe, Tom Meeten and Justin Edwards are to star in a forthcoming short film Dead Happy, to be broadcast on Sky Movies this summer. The short – set to air in June – is the brainchild of writer David Lemon and director Nicky Lianos, and has been funded via a Sky Movies [...]