Joey Page will be adding his signature spark of the surreal to a forthcoming charity stand up night taking place in support of abstinence-based recovery. The gig at will be taking place on Saturday 8th October at Russell Brand’s Trew Era Cafe, the north London cafe which Russell recently [...]

John Hopkins formed part of the iconic Ealing Live comedy troupe, who we tend to think of as the artistic core of The Velvet Onion. Since then he’s continued to work with multiple offshoots of the TVO family. Recently, we’ve been focusing on his newest work – his web series [...]

Peterford Golf Club is being revived in brand new take on the cult classic for Radio Two. Promising to do for golf clubs what Green Wing did for hospitals, this new sitcom incarnation of the long gestating project is written by its co-creator Simon Farnaby and stars Simon alongside Barunka [...]

The good folk at Rook Films have released a limited screen print run of the Aaaaaaaah! movie poster. There are only 100 copies of the five-layer print made to celebrate Steve Oram‘s directorial debut. In case you’ve missed it, the film stars Oram alongside a cavalcade of TVO [...] 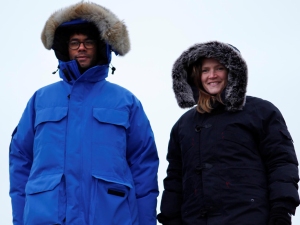 Welcome to The Velvet Onion – the central hub for an interconnected range of alternative comedy and more. Click through for the latest news, and see what’s so hot right now THIS WEEK below… TRAILAAAAAAAAH! Late last week, TVO recieved the first teaser trailer for Aaaaaaaah! – the [...] 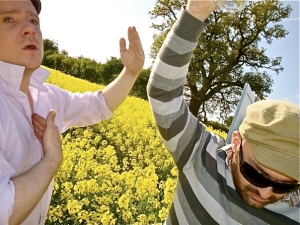 Our good friends Richard Glover and Stephen Evans have been on the uke again! This time around, the duo have given The Rolling Stones psychedelic single She’s A Rainbow a summery, organ-drenched, ukelele-driven reworking, which you can hear below. Meanwhile, you may remember that we [...]

Fresh excerpts from Splendid – the non-broadcast pilot made by Richard Glover and Stephen Evans – have emerged online. Devised by Glover and director Dan Turner (Stormhouse, The Man Inside), back in 2009, with a writing staff including Jason Arnopp, Piers Beckley and the cast. [...]

It’s Fulcher Fortnight here at The Velvet Onion – celebrating the liquid wonderment of Rich Fulcher in honour of An Audience With Eleanor The Tour Whore coming to the Edinburgh Festival from 21st-31st August {tickets available here}. We’ve got a Fancy Dress competition that could [...]