I Was a Teenage Christian

Katy Brand will be taking her 2016 Edinburgh Fringe smash hit I Was a Teenage Christian on tour in late Spring. Katy’s return to the Fringe for the first time in over a decade was a starkly confessional show, in which she explained ‘what a dick’ she was as a God-bothering teenage [...]

Katy Brand will be bringing her critically acclaimed, smash-hit Edinburgh 2016 show I Was a Teenage Christian to The Soho Theatre in the new year. Whilst the heart and soul are being ripped out of Soho’s every nook and cranny, the good folk at The Soho Theatre are continuing the good fight [...]

The Edinburgh Festival returns for its 69th year shortly, and a bevvy of TVO favourites are heading on up there to make people laugh. As part of our celebrations, we’ve been catching up with a handful of great performers we’re sure you’ll want to go and see at the Fringe. And [...]

It’s that time of year again. The Edinburgh Fringe starts next week, and with a host of TVO favourites descending upon the city during the month of August, we’ll be bringing you an overview of the shows you simply have to see. To kick things off, here’s the first of our preview [...] 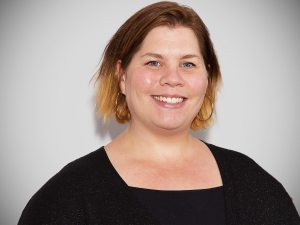 Katy Brand has revealed how her new stand up show has been inspired by her teenage years as an evangelical Christian. Talking to Brian Logan for the Guardian, Katy explains how she spent seven years in “a happy-clappy, charismatic, evangelical church” before becoming disillusioned with [...]