We LOVED Doll & Em at TVO; and we’re particularly excited that a second series has been confirmed! The highly personal comedy drama, penned by and starring Dolly Wells and her real-life friend Emily Mortimer, originally aired on Sky Living in February. In the show, Emily plays a [...]

Director and co-writer of Doll & Em, Azazel Jacobs, was interviewed this week by Pop Matters about his work on the series, which completed its run on Sky Living last week. In the article Jacobs talks about how he first got to know Dolly Wells and Emily Mortimer, how the writing and directing [...]

The past week has seen a smattering of TVO regulars make appearances across television and radio we didn’t have chance to warn you about ahead of transmission, plus a couple of shows you should already be watching have been airing too. As such, we thought it prudent to give you a quick [...] 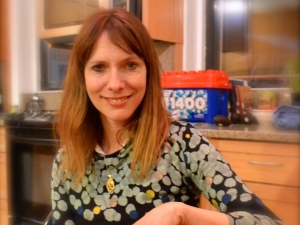 Today sees the UK launch of Doll & Em, the new dramedy from Dolly Wells & Emily Mortimer for Sky Living HD and HBO. The show features its titular stars playing exaggerated versions of themselves, as well as showbiz cameos from Hollywood A-Listers and a few TVO regulars for good measure. [...]

Doll & Em – the new partly improvised transatlantic sitcom from Dolly Wells and Emily Mortimer – will air on Sky Living HD from next month. The real life best friends have written and starred in the razor-sharp satirical comedy which looks at the joy and pain of female friendship [...]