Channel 4 has revealed more details about Stath Lets Flats which is due to air this year. The new six-part comedy has been written by Jamie Demetriou and Friday Night Dinner creator Robert Popper. Jamie stars in the series as the incompetent Stath, who works at a dodgy London lettings agency [...] 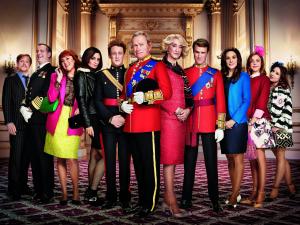 The Windsors will return for a royal wedding special in May. Channel 4’s satirical comedy soap opera lampooning the lives of the royal family will  celebrate THE royal event of the year in The Windsors Wedding Special. The one-off special will see Harry (Richard Goulding) excited about his [...]

Ellie White and Jamie Demetriou star in two new BBC3 online comedy shorts. Both shorts, under the series name Pariahs, are produced by Spencer Millman (The Mighty Boosh) and directed by Tom Kingsley, who is also the director of Jamie Demetriou’s upcoming sitcom Stath. In the first [...] 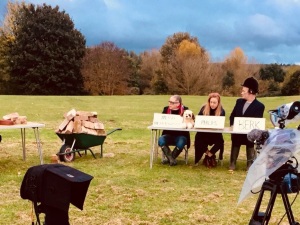 BBC Three mini-comedy Big Field is back for a third series, once again with a big ol’ bundle of TVO talent on board. For the uninitiated, the show is the brainchild of Darren Dutton and Jonny Roberts, and mixes sound from popular TV programmes with live action sequences – all set in a [...]

Rejoice! The Windsor’s Katy Wix and Ellie White have joined forced again – this time on a new short film, Lamp Lady. Written by Katy and starring Katy and Ellie, Lamp Lady is a perfectly formed 5 minutes of charming, and very funny oddness. If you like the kind of off-kilter comedy that [...]

Ellie White and Natasia Demetriou have released a new comedy short online via Mr Box. Revived sees the duo – who previously collaborated on BBC Three show People Time and their 2015 Edinburgh Fringe show  Mother and Baby – as former pop princesses Jaq and Dani B of No Access, [...] 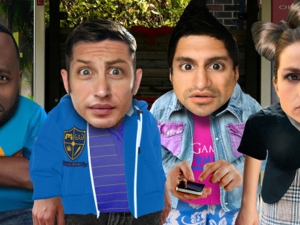 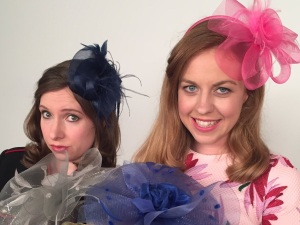 The Windsors is currently charming audiences every Wednesday night on Channel 4, as the soap-style sitcom about the royal family is back for a second series. With a number of TVO regulars in front of and behind the camera, we thought it was high time we spoke to some of them about the show. Next [...] 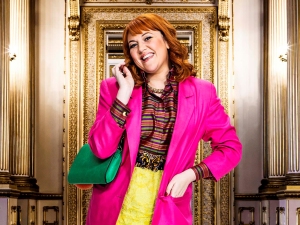 This week sees the return of The Windsors to our screens, as the soap-style sitcom about the royal family is back for a second series. With a number of TVO regulars in front of and behind the camera, we thought it was high time we spoke to some of them about the show. First up, is the delightful [...]

Channel 4’s satirical spoof soap The Windsors returns for a second series on Wednesday night. The series, which charts the fictional exploits of Britain’s favourite family, began with a six part run back in May 2016, with a cast led by Harry Enfield, Haydn Gwynne, Louise Ford and [...]

Sky Arts has announced a new batch of comedy shorts, with several TVO regulars involved including Morgana Robinson, Sharon Horgan and Ellie White. The seven shorts, themed around summertime, will be available on demand from June 28th. Previously the channel has broadcast shorts for [...] 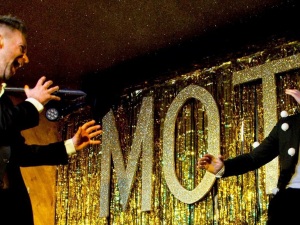 A top-notch comedy cast are starring in The Miser at the Garrick Theatre in London’s West End. Here is Sophie‘s review of the show… Moliere’s The Miser is a classic French farce – full of musings on wealth, greed and class, family resentments, arranged marriages, [...] 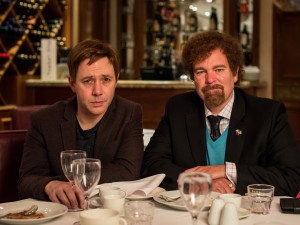 Reece Shearsmith and Steve Pemberton’s dark comedy anthology series Inside No. 9 returns to BBC Two on Tuesday 21st February at 10pm. Sophie Davies has taken a sneak peek at ‘The Bill’… The long awaited third series of Inside No. 9 (series two aired all the way back in [...]

The latest comedy smash to hit the West End is a revival of Moliere’s classic The Miser, featuring a stellar cast of comic talent including TVO regulars Katy Wix and Ellie White – and YOU can win tickets to see it when it opens next month. Actor, writer, presenter, comedian and [...]