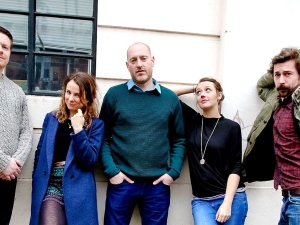 Award-winning Radio 4 sketch series Small Scenes is currently enjoying a repeat season on the station, with TVO regulars Mike Wozniak and Cariad Lloyd amongst the cast. The show began life as a one-off pilot in June 2012, featuring the then relative newcomer Wozniak [...]

Flowers – the highly acclaimed Channel 4 comedy starring Julian Barratt and Olivia Colman – has been renewed for a second series. Created by Will Sharpe, the second series will once again be a co-production with US streaming service Seeso, which offers American audiences the chance [...]

The highly acclaimed Channel 4 series featuring Julian Barratt and Olivia Colman will be released on DVD next week. Forever associated with the birthday of John Taylor (Duran Duran) thanks to my 13 year-old self, this year June 20th will instead be recognised as the release date of the DVD of [...]