Friday’s Red Nose Day in aid of Comic Relief raised £78 million in aid of the charity, taking the total figure raised over the last 30 years to more than £1 billion – with the aid of a few TVO regulars along the way. As we reported on Monday, the night featured the long-awaited [...]

Welcome to The Velvet Onion – the central hub for an interconnected range of alternative comedy and more. Click through for the LATEST NEWS, and see what’s so hot right now take a look below. NURSE – Tuesday @ 10pm, BBC Two This week sees the launch of Paul Whitehouse‘s new [...]

Tonight’s red button extra instalment of immensely popular hit Strictly Come Dancing will feature a familiar face from Onion land in the form of Katy Brand. The comic actress and author will join former Strictly champion and professional dancer Karen Hardy to commentate live on the [...]

It seems that Queen Babushka herself was pretty impressed with Noel Fielding’s homage to her Wuthering Heights classic on Lets Dance for Comic Relief – as Fielding is to star in Kate Bush’s short film which will accompany the re-release of her single, ‘Deeper [...]

It seems Julian Barratt’s contribution to Comic Relief was not confined to sweeping Noel Fielding up in his arms on Let’s Dance… For Comic Relief! He could be heard (but sadly not seen) on yesterdays Comic Relief show, talking to Alan Partridge. If you missed it you can catch it [...]

Noel Fielding‘s sensational repeat performance of Wuthering Heights on Let’s Dance For Comic Relief failed to win the competition, despite the help of his very own Heathcliffe… Mr Julian Barratt! Noel’s appearance was pre-empted by a new short film in which his backing [...] 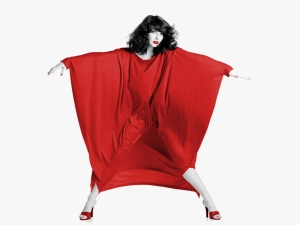 Noel Fielding’s recent performance of Kate Bush’s ‘Wuthering Heights’ on Let’s Dance…For Comic Relief has sparked interest in the singer from a new generation of Boosh fans.  Tonight Noel will once again be donning his Kate wig and red dress for the grand final, [...]

All of us at TVO Towers we were hugely impressed with Noel Fielding’s winsome performance of ‘Wuthering Heights’ on Saturday’s Let’s Dance…for Comic Relief. But what would a more discerning viewer make of it?  We asked Maggie Clunie, who’s been teaching [...] 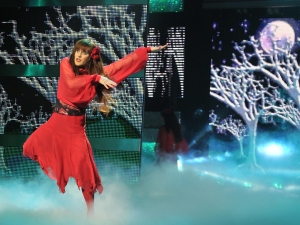 If you’re reading this, chances are you’ll have seen at least some of this week’s Let’s Dance…for Comic Relief, which saw Noel Fielding channeling Kate Bush’s Wuthering Heights.  If you’ve  wondered what goes on during the recording of the show, wonder no [...]

Boosh fandom has gone into meltdown a little over last night’s sensational performance from Noel Fielding on Let’s Dance… for Comic Relief. We at TVO are going to be getting behind Noel’s chances of winning the competition with a series of posts across the next two weeks [...]

Noel Fielding is through to the final of Let’s Dance… for Comic Relief after a barnstorming performance as Kate Bush. Noel’s version of the classic Wuthering Heights was up against some seriously tough competition from the likes of Lulu, Penny Smith, Andi Osho and Jarrad [...] 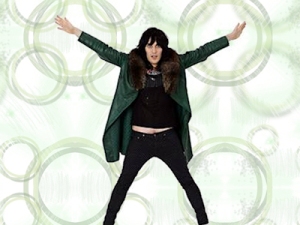 This weekend sees Noel Fielding take on one of the biggest challenges he’s ever faced: a live dance-off on BBC1 show Let’s Dance in aid of Comic Relief. Noel was kind enough to talk exclusively to The Velvet Onion this morning before another long slot of rehearsals. The first part of [...]