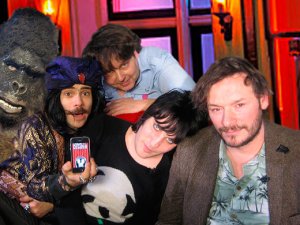 As reported last week here, yesterday evening the Mighty Boosh visited the Apple store on Regent Street to answer a few questions from fans. As ever, we made sure one of the Onion crew, Baby_on_Fire, was there to experience it on your behalf and report back. There really is nothing like rushing [...] 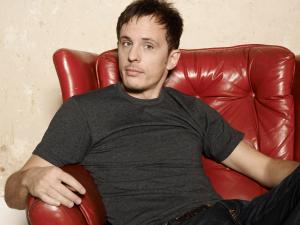 The latest of Dan Clark’s occasional night of comedy and music, Clarks, took place last night at the legendary 100 Club in London.  Luckily for us, 2 of our intrepid reporters were there to cover proceedings exclusively for The Velvet Onion. Clarks is a night that consists of a few things, [...] 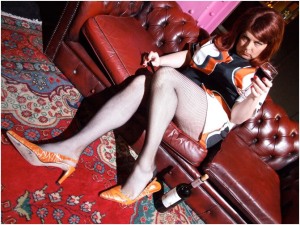 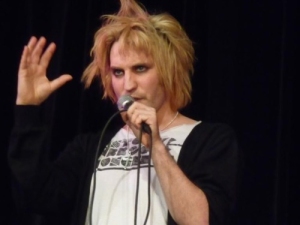 After weeks of not-so-secret warm-up gigs and a day of promotional interviews, Noel Fielding finally performed as part of a star studded line-up at the Royal Albert Hall last night, in aid of Teenage Cancer Trust.  The event will undoubtedly be covered in due course by  the usual journalists and [...]

Noel Fielding‘s two night residency at Just The Tonic continued last night to great aplomb. Once again, friends of The Onion were on hand to catch him in the act. Saturday night’s set was quite a change from Friday, all fluid and high energy from the start. Old and new material seemed [...] 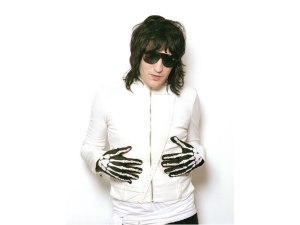 Another day, another secret Noel Fielding gig – our favourite pointy one making yet another appearance on the London comedy circuit last night. This was the second secret show of the weekend, and there may be more in the pipeline.  Stealth Fielding, as we’ve dubbed him, first aroused [...] 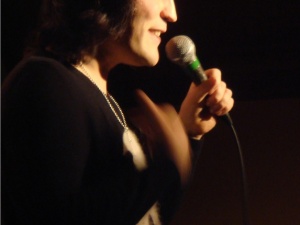 Noel Fielding has been playing secret gigs recently. Our contributor Mog managed to catch him in the act this weekend.  This is her review of Noel Fielding’s secret gig, 21st February 2010. Finally.  The detective work had paid off, so I packed away the deerstalker and headed off to WC1 for [...]