After more than eight years chronicling the exploits of an interconnected alternative comedy family, The Velvet Onion is taking an extended hiatus. Editor in chief, Paul Holmes, explains why, below…

If you’re out there reading this, there’s a good chance that at some point since January 2010, we’ve provided you with something you’ve enjoyed. It might be our up to date news exclusives, reviews and previews of your favourite comedy, or one of the many interviews with the people behind it. For that, I cannot thank you enough for enjoying what we made, and coming back for more be it just once, or thousands of times since.

The Velvet Onion began life as a grassroots project when The Mighty Boosh began their planned hiatus. Knowing that the comedy family which begat them had so much more to give, but also that Boosh fans were quite often unaware of the various comedy greats who were connected to the show in some way, we decided to highlight the work which those individuals were doing at the time, which was likely to be of interest.

Just some of the glorious folk involved in Jackal Films Calendar Project back in 2010. © Jackal Films

Back in 2010, that work was mostly limited to live shows in the London area, the occasional sitcom or pilot episode, and a sizeable chunk of internet-only short films and sketches from talented artists whom TV execs were not bothering to commission. One early example of the latter was a 10 minute film directed by Paul King about two nerdy but murderous caravanners, played by Alice Lowe and Steve Oram. Yes, you guessed it – the original Sightseers was first plugged here, long before the cult movie which we were enormously proud to be a huge part of promoting.

Eight years later, and King, Lowe and Oram are all award-winning feature length movie directors, responsible for the likes of Paddington, Prevenge and Aaaaaaaah respectively. Their regular collaborators Tom Meeten and Gareth Tunley were recently nominated for a BAFTA for their own feature debut, The Ghoul. And then there’s Paddington 2, made by King with fellow TVO regular Simon Farnaby, which went on to become one of only four movies to achieve a perfect 100% score on Rotten Tomatoes, and was one of the biggest box-office successes in British cinema history.

Elsewhere, Noel Fielding has become a household name presenting the behemoth of light entertainment that is The Great British Bake-Off, and Richard Ayoade has become the face of Channel 4’s legendary The Crystal Maze. In the last week alone, Murder in Successville, a programme that hardly anyone wanted to cover in any detail when it began (except us and a handful of fellow comedy sites), won a much deserved TV BAFTA, pushing the weird and the unusual slap bang into the mainstream once more.

And that’s just a handful of the success stories we’ve written about since January 2010. While mainstream success still eludes some of our regulars, so many of them have reached a point where, if we’re completely honest, they no longer need us to put in the leg-work. We’ve been proud to write about every single one of them over the last eight years, but that can’t last forever.

As the site grew, so did the family we wrote about – openly and willingly so, as more and more of the people our regulars were working with reached out to us to let us know about projects of their own. Whenever we found ourselves repeatedly writing about somebody, and that person was receptive to our work, we’d add them to the family.

By the last count, we were writing about well over 100 people on a regular basis, and though our long-term readers understood exactly why, it’s fair to say that casual audiences perhaps no longer understood the interconnected, incestuous web that bound everyone together in the first place, and instead of the connections, they just saw curious omissions which were hard to explain.

This is something we could perhaps have been better at, but even at our peak, The Velvet Onion has remained a grassroots site, run by a handful of dedicated people in their spare time around their day-jobs, real lives, and in some instances, medical issues. And before we go on – I’d like to stop to take a moment to thank everyone who has written for, or produced content for TVO over the years, some of whom you can see in the image above. Mog & Helen have been here since the very beginning and it is as much their DNA all over this place as my own, but also huge thanks are due to Sophie, Becca, Paulyne, Agata, Gina, Teresa, Carol, Ashley, Michael, Jon, Mike, Andy, Nigel and anyone else I may have forgotten – there’s no way I could have done this alone, and this is much your story as it is mine.

We don’t have any advertising revenue, and have never taken any fees for our work here. For a long time, we relied on two sources of income to fund the domain and web hosting: but first Amazon closed their aStores down, and then YouTube restricted ad-revenue to bigger channels only. As such, the well ran dry some time ago. With it went most of the opportunities we had to provide genuinely exclusive content, such as behind the scenes filming opportunities, travel to screenings and preview events, video interviews, and the chance to follow up our much loved 2012 live show with another night packed with big names in an intimate space. 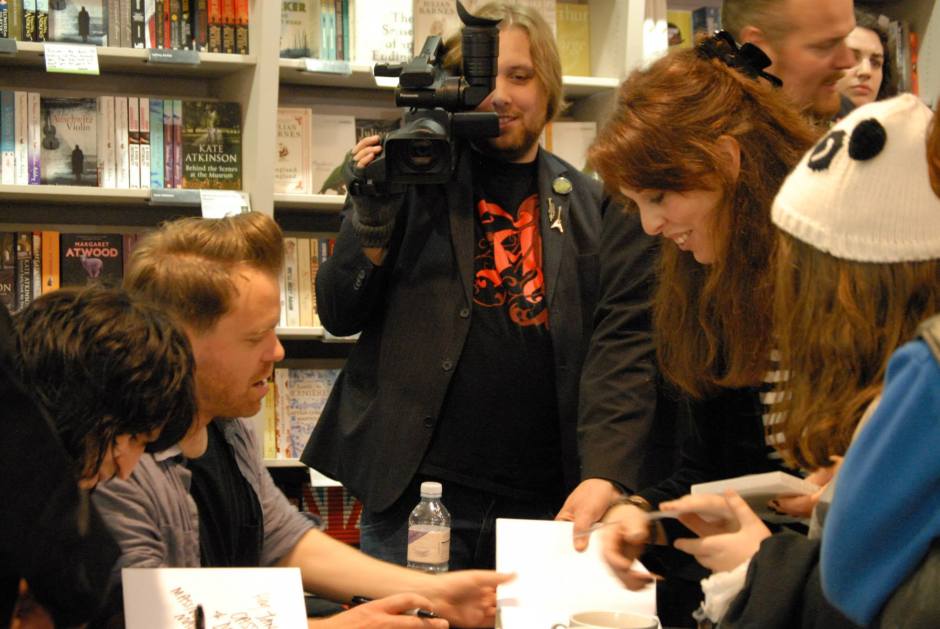 And with so many of our regulars now involved in high profile productions, we could no longer rely on always being the first to break news stories that, understandably, went to more high profile outlets, whilst even the regular short films and online clips that were part of our bread-and-butter in the early days have decreased in regularity considerably in recent years. Genuinely, we are overjoyed to see those cult names nobody else was talking about become Hollywood actors, Sunday Times bestsellers, acclaimed playwrights etc. But the upshot of that is that we are quite often playing catch-up with bigger outlets who can – and should – take the news and exclusives first.

As such, I feel it is time to take stock of everything we have achieved to date, and have a well-earned breather, as we figure out what to do next. 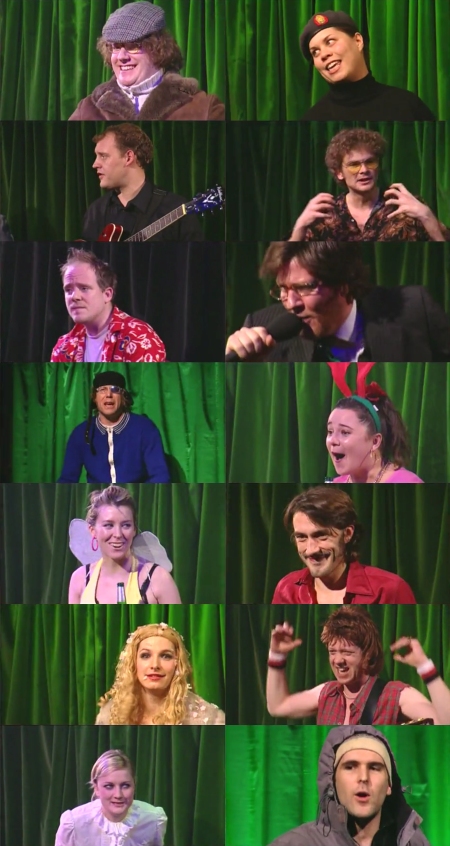 Most of the original Ealing Live family. © John ‘Willie’ Hopkins

The Velvet Onion’s raison d’être was always to celebrate the family of frequently collaborating talents which were initially focused around Ealing Live, and which paved the way for legendary productions like Garth Marenghi’s Darkplace and The Mighty Boosh.

This is exactly what we intend to do next.

We cannot always be the greatest news outlet. We cannot always be the best producers of original content. But what we can do, and hopefully will be able to do when we return for our third (and hopefully not final) incarnation, is to become the essential reference point for this large but lovable rag-tag mob of frequently collaborating comic geniuses, and be the one place you want to visit to find out what they’ve done before, what they’re doing right now, and hopefully, what is yet to come.

It is going to be a huge overhaul, as we firm up those boundary lines that make someone part and parcel of this kooky family. Some names we’ve never really written about before but really should have done may join our ranks, and some names we’ve mentioned a lot may, however much we love them, leave the roster. We can’t possibly write about everyone who we’ve ever liked and loved in comedy, but we’re going to give it our best shot to become the key reference point for this collaborative once again, with that core family right back at the centre where they belong.

So we’ll see you again, folks, same place, different time. We’ll be keeping our Twitter alive so you can still get your essential fabric vegetable news fix, and when we’re ready to launch the next phase of TVO, we hope you’ll be willing to join us once more.

To everyone who has supported The Velvet Onion for the last 8 years, 4 months: thank you from the bottom of my heart. We could not have done this without you, and I’m sure I can speak for the whole team when I say that we love you dearly.

This is not the end… just another layer ready for peeling. Until we meet again…