Following a plane crash, five people find themselves stranded together on a remote tropical island. But while four of the survivors are desperate to be found and rescued, deranged air steward Brett Sullivan has other ideas…

High & Dry, which started life as a Channel 4 Comedy Blap back in 2015, has been created and written by Marc Wootton, who also stars in the castaway comedy as Brett. You may be familiar with Marc as his psychic/medium character Shirley Ghostman, or you may recognise him from his appearances in shows including Inside No. 9, Psychobitches and Nighty Night. And if you’re a parent, you’ll probably know him as Mr Poppy from the Nativity films!

Marc also recently collaborated with the queen of dark comedy, Julia Davis, on BBC Radio 4 series Couples, in which the pair played a variety of couples undergoing therapy. It’s clear from watching High & Dry that he and Julia have similar comedic sensibilities, and in sociopathic Aussie flight attendant Brett Sullivan, Marc might have just created the new Jill Tyrell.

Marc has said that he came up with the character of Brett based on a real experience he had with a clingy air steward on a long-haul flight. The steward recognised him from TV and upgraded him to first class, but then spent the entire journey trying to befriend him and even asked for his phone number… which Marc gave to him with one digit changed.

An eery smile within the first minute of High & Dry reveals that Brett isn’t as upset as he should be about being stuck in the middle of nowhere, with no obvious way of contacting the outside world. Initially believing that he and Douglas (Harry Peacock – Toast of London, The Kennedys) are the sole survivors of the crash, Brett quickly goes about confirming that they are now BFFs “together forever”. Douglas reluctantly agrees… after all, it’s not like he has many other options. But after Douglas manages to light a fire, while Brett rifles through suitcases and other debris from the flight to see what trinkets he can find, the dynamic soon changes with the discovery of three more survivors.

Brett clearly isn’t thrilled with the new arrivals muscling in on his ‘friendship’ with Douglas and takes an immediate dislike to no-nonsense Harriet (Vicki Pepperdine – Camping, Getting On). A retired headmistress with “fifteen years of brown owling” under her belt, she’s the most sensible and assertive of the group, so naturally Brett identifies her as a threat to his tropical island dream. Completing the group are Arnab (Asim Chaudhry – People Just Do Nothing, Hoff the Record) who thinks the plane crash may have happened due to a zombie apocalypse, and American religious fanatic Susan (Grace Rex – The Good Wife, Mindhunter) who believes the whole thing must be some sort of biblical trial or punishment. 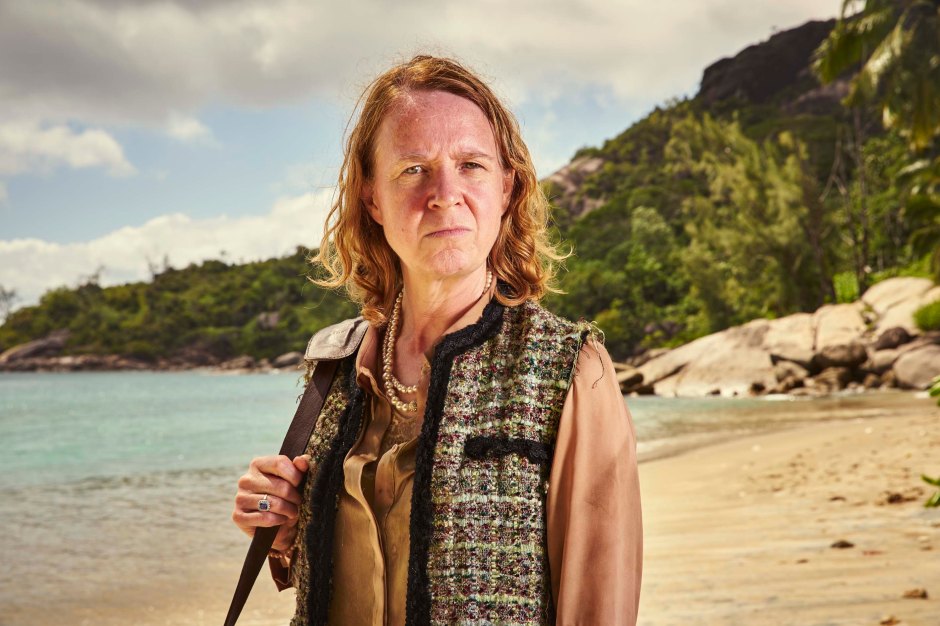 This set-up of five very different people being trapped together is ripe for both comedy and drama. With such different personalities forced to co-exist, not to mention Brett’s overall instability, there is sure to be plenty of conflict as the story unfolds. High & Dry‘s opening episode does a good job of introducing us to its characters, all of whom are perfectly cast, and getting us interested in where they will go from here. Will Harriet (or perhaps even Douglas) challenge Brett’s self-proclaimed ‘king of the island’ status? Will Susan wake up and realise that the plane didn’t crash because she broke her abstinence pledge by staring at a man for more than five seconds? Will everyone eventually discover that Brett is sabotaging their attempts to get rescued? Based on this first episode alone, it looks like it’s going to be a whole lot of fun finding out.