Filming has begun on This Time With Alan Partridge, which will be on BBC One later this year. 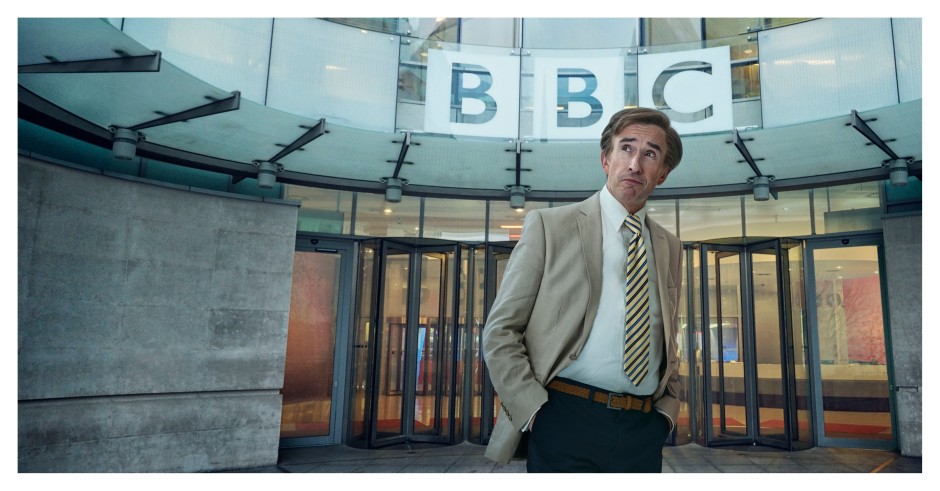 The new six-part series will see Alan handed a career lifeline – the chance to stand in, temporarily, as the co-host of This Time, an evening weekday magazine show.

Joining Steve Coogan on the sofa will be Susannah Fielding as his co-presenter Jennie Gresham and Tim Key as Simon ‘formerly Sidekick Simon’ Denton. More casting is due to be announced.

“His first return to live television since his 90s chat show Knowing Me, Knowing You was cancelled after a guest was fatally shot on air, This Time will be the perfect shop window for a man of Alan’s gravitas and will, or should, see him finally recognised as one of the heavyweight broadcasters of his era.

The show itself is a heady mix of consumer affairs, current affairs, viewer interaction, highbrow interview and lightweight froth; very much the sweet spots for a man whose CV boasts over two decades of weekday local radio. And with an array of diverse subjects on the agenda, it promises the perfect fit for a man whose broadcasting style has been described as ‘equidistant between chitchat and analysis’.”

This Time With Alan Partridge from Baby Cow Productions has been written by Neil Gibbons, Rob Gibbons and Steve Coogan, and is also being directed by the Gibbons brothers.