Steve Pemberton and Mark Gatiss have joined the cast of Good Omens. 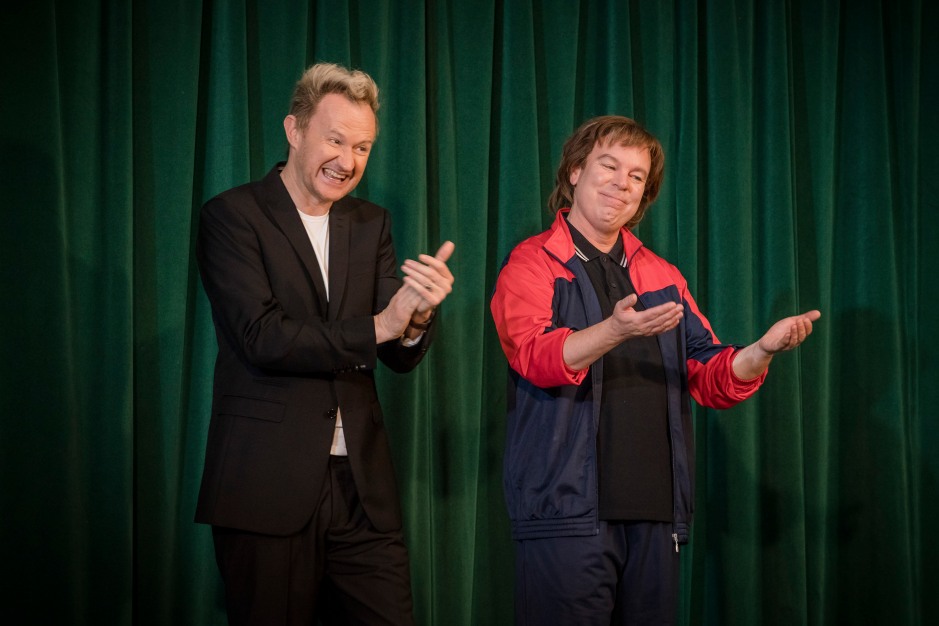 Steve and Mark will be taking on the roles of mysterious book-buyers Harmony and Glozier. With this casting news, they’re following in the footsteps of their fellow The League of Gentlemen star Reece Shearsmith, who was revealed last year to be playing William Shakespeare in the series. Steve and Mark will be joining the show’s leads Michael Sheen and David Tennant who are currently shooting in locations in and around Cape Town, South Africa.

On joining the cast, Mark said: “I’m delighted to be working with David and Michael again and of course with Steve – bringing a little film noir menace to such an exciting project. Being bad never felt so good!”

Steve added: “To be asked to fly to Cape Town with Mark and meet up with old friends David and Michael working on a script from the genius mind of Neil Gaiman…? Well, you had me at Cape Town. Glozier and Harmony are a small piece of the jigsaw but hopefully one which will fit nicely into place.”

Commenting on the casting, showrunner Neil Gaiman says: “Part of the joy of Good Omens is getting to see what our angel and demon have been doing during human history. And part of the joy as a writer is writing parts with specific actors in mind. Steve Pemberton was my only choice for Glozier and Harmony has to be Mark Gatiss, in a film noir interlude set in 1941…”

Good Omens will launch globally on Prime Video in over 200 countries and territories in 2019 including in the UK, where it will also air on BBC Two at a later date.