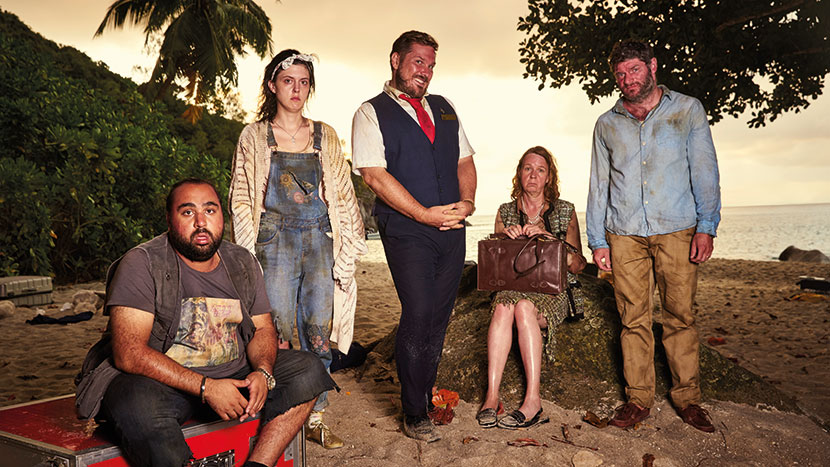 Written by Marc Wootton and directed by Dave Lambert, High & Dry began life as a Channel 4 ‘comedy blap’ back in 2015, before it was commissioned for a full series by E4.

Having crash landed in a tropical paradise, narcissistic flight attendant Brett Sullivan puts himself in charge of the island. This is bad news for the rest of the castaways – straight-talking Harriet, zombie-obsessed Arnab, cautious family man Douglas and sheltered Susan – as they soon realise they’re stranded with the world’s worst human and forced to do whatever it takes to survive.

A preview screening and cast Q&A is being held at the BFI on Monday 5th March. Tickets are available over here.

Here’s a first look at the show: