The first series of Motherland begins Tuesday 7th November on BBC Two. Here are Sophie‘s thoughts on the opening episode…

After being the most well-received of the BBC’s 2016 comedy pilots, Motherland is back on our screens for a very much deserved full series. Bringing together the people behind shows such as Catastrophe and The IT Crowd, its top-notch writing team consists of Sharon Horgan, Holly Walsh, Graham Linehan and Helen Linehan.

In last year’s Motherland pilot, we saw stressed working mum Julia (Anna Maxwell Martin) rush her kids to school, only to discover that it’s half term and she doesn’t have any childcare planned for the week. She tried to dump them on her own mum, who put her foot down and said no, and then ended up agreeing to look after the children of ‘alpha mum’ Amanda (Lucy Punch) for the day, in the hope that she would later return the favour. Along the way, she befriended laid back mum Liz (Diane Morgan) and stay-at-home dad Kevin (Paul Ready), and found that she felt a lot more comfortable around them than with Amanda’s clique.

The new six-part series opens with Julia at work on the phone to her son’s school, struggling to pretend she cares that he has forgotten his swimming trunks. She’s just as frazzled as before and her mother is, understandably, still refusing to provide free, ad hoc childcare. With her daughter’s birthday coming up, she’s persuaded by Liz to reject the safe Pizza Express option and have a “drop-off” party instead – the logic being that 30 mums will then owe her in exchange for the child-free day she’s given them. Liz assures her she can’t go wrong with caterpillar cakes, Gangnam Style and undiluted squash, and after all, Julia does organise events for a living… so how hard can it be?

A spanner is quickly thrown in the works however, when the kids arrive at the party and their mums decide to stick around (Liz casually informs Julia that “they’re here to judge your house”), and soon a sickness bug and a substandard children’s entertainer cause things to spiral even further out of control. All the while, awful Amanda – who earlier could barely conceal her delight when Liz told her she looked “dangerously thin” – is on the prowl, patronising Julia with fake smiles and offers to help out.

One of the best decisions made by Motherland‘s writers was to put the focus squarely on the parents and relegate their children to the background. I’ve watched several episodes now, and could not for the life of me tell you what any of Julia’s, Liz’s, Kevin’s or Amanda’s children, with the exception of birthday girl Ivy, even look like. The passive-aggressive interactions and petty rivalries between the parents are infinitely more interesting and will surely feel familiar to any parents who are watching. You certainly don’t need to be a parent to appreciate Motherland though (I’m not one), as its humour has universal appeal and its unflinching  portrayal of the realities of parenting will feel refreshing for all.  Julia, Liz and Kevin also make a compelling central trio, rejected from the in-crowd of ‘perfect’ mums due to being respectively in a full-time job, working class and male. 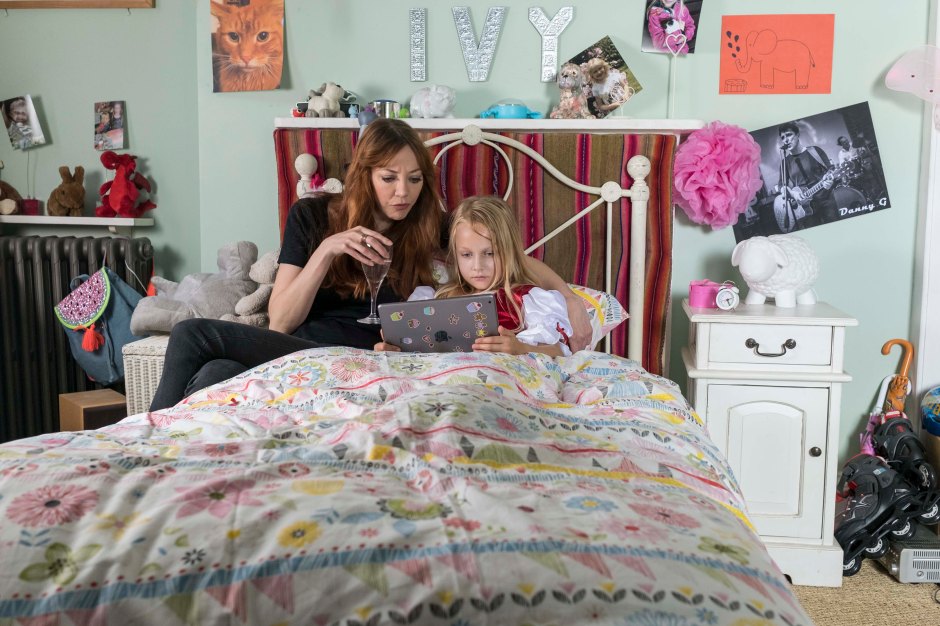 Although mostly known for serious dramas, Anna Maxwell Martin takes to comedy like a duck to water. All wide eyes and strained smiles, she hilariously looks as if she’s constantly on the verge of screaming. Paul Ready, also known more for dramatic work, is great as enthusiastic Kevin, playing him like a CBeebies presenter who’s trying a bit too hard, and it’s nice to see Lucy Punch, who has mainly been in American films and TV shows in recent years, with a good role on British TV. And of course, Diane Morgan (aka Philomena Cunk) suits the part of no-nonsense Liz down the ground.

Other enjoyable performances come from Ellie Haddington (Ripper Street) as Julia’s put-upon mum, who gets admonished for failing to arrive at the party six hours early as Julia requested, and Phillipa Dunne (Graham Linehan’s The Walshes) as a mum who, in a great running joke, is terrified by the thought of getting a parking ticket outside Julia’s house. Oliver Chris (The Office and Green Wing) also makes an appearance as Julia’s distant husband – I wonder if we’ll ever see them in the same room?  – who is off enjoying himself at a football match while she’s in party hell.

Motherland begins Tuesday 7th November at 10pm on BBC Two. In the meantime, you can watch the pilot episode here.