Daniel Lawrence Taylor’s sitcom about a time-travelling jazz band is well worth your time.

In Timewasters, a filthy lift in a dilapidated  block of flats becomes a time machine, sending a struggling four-piece jazz band back to the roaring 20s. The central players are Daniel Lawrence Taylor (Hunderby, How Not to Live Your Life) who wrote the show with Barunka O’Shaughnessy (Hunderby, Up the Women) as script editor, plus Kadiff Kirwan (Crims, Chewing Gum), Adelayo Adedayo (Some Girls) and Samson Kayo (Famalam).

Daniel Lawrence Taylor said to The Guardian about researching the time period: “In the 1920s there was racism, but also negrophilia [a craze for black culture, when to collect African art, to listen to black music and to dance with black people was a sign of being modern and fashionable]. In Timewasters there are people chucking things at the quartet in the street, while others want a black jazz band in their house or a black lover – it’s ripe for comedy.” 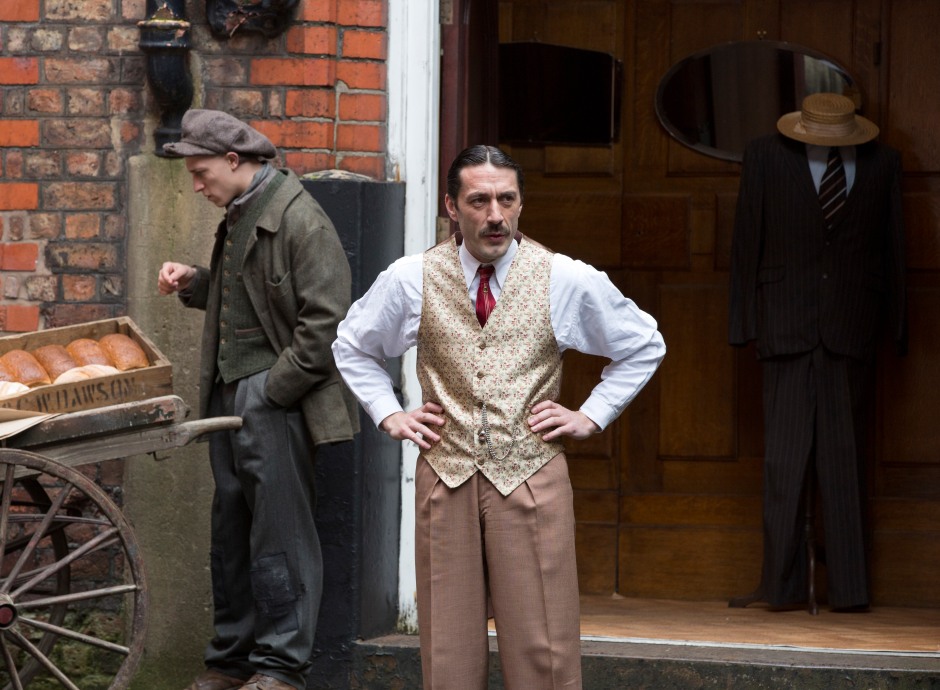 Episode 1 sees the group land in the 1920s, where they immediately attract attention  – the original working title of the show was ‘Black to the Future’ – and are hired to play music at a birthday party. TVO regular Tom Meeten (above) shows up as a shopkeeper and Kevin Eldon makes an appearance as inventor of the television John Loagie Baird.

Episodes 2 and 3 feature guest appearances from veteran actors Nigel Havers, playing an eccentric psychiatrist who’s setting up a eugenics programme, and Nigel Planer (below) as a long-suffering butler.

The first four episodes of the series have aired on ITV2 over the last few weeks and are available to watch on the ITV Hub now. The fifth and sixth episodes will air on Monday 30th October and Monday 6th November.

Catch up with Timewasters now.