The twelfth series of Red Dwarf is now firmly underway, and whilst Episode Two had a direct link to TVO via guest-star Richard Glover, the third episode has an altogether weirder connection. Still a guest appearance of sorts, but more of a platter of organic processes mixed with a pinch of irony and a side helping of self-deprecation. 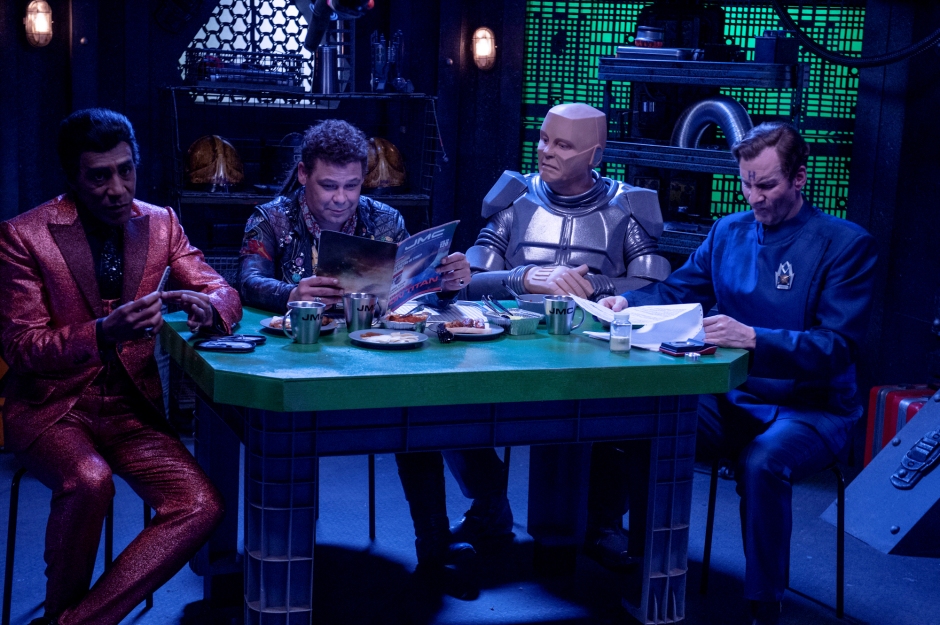 Timewave sees Rimmer naming a gassy planetoid after himself, before they gang discover a 24th century ship on a crash course caused by a wibbly wobbly spacetime event. The ship – and the society it originates from – has a strict no-criticism law, which obviously affects the quality of just about everything they do.

Ziggy Bryson (played by Extras star Jamie Chapman) greets the Boys from the Dwarf, and is very excited to see them. Obviously, they can’t quite play along, leading to their inevitable incarceration at the hands of the ship’s police force – led by none other than Johnny Vegas – before Bryson attempts to remove all negative thoughts from their minds… 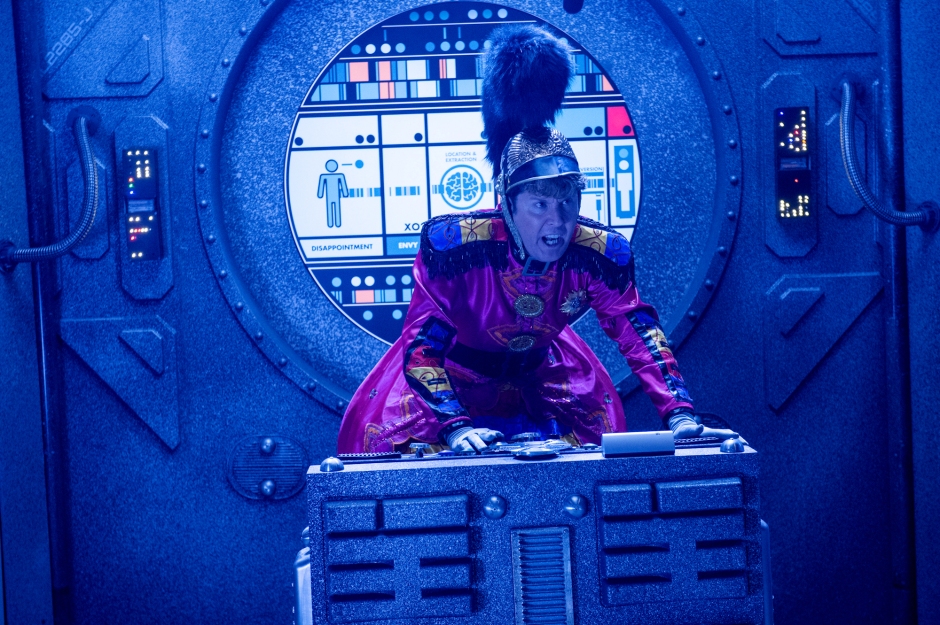 However, for reasons we’ve been unable to fathom, Ziggy’s outfit of a military inspired, bulbous pink dress with a plumed helmet to match will be recognisable to any diehard fans of Spaced – the cult classic sitcom from Simon Pegg & Jessica Hynes. Yes, it’s none other than that of non-gender specific conceptual artist Vulva!

Cast your minds back to 1999’s first series of Spaced, and the third episode Art sees Tim & Daisy accompany Brian (the ever wonderful Mark Heap) to a performance by conceptual artists Vulva (David Walliams) and Hoover (TVO regular Paul Kaye). Tim is wired after lots of cheap drugs and an all-nighter playing Resident Evil 2, Daisy is stressed out following an embarrassing job interview that could’ve been salvaged by purchasing Huge Fat Cocks, and Brian’s attempts at impressing his former collaborator go a little bit off script.

It’s a classic sequence in a much loved show, and Walliams iconic outfit was clearly granted life after the series. We’re not entirely sure where it’s been for the last eighteen years (!) but there’s no mistaking it in these promotional pictures for the new Red Dwarf. 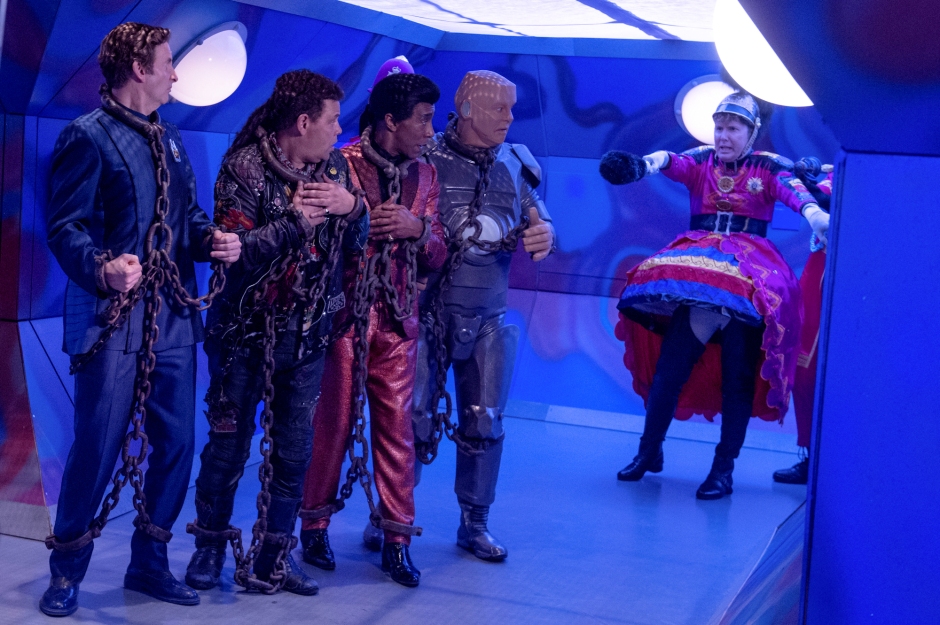 To the best of our knowledge, there’s no crossover in wardrobe department personnel across the two shows, and we haven’t seen the dress appear in anything else before or since, but if anyone out there knows where Vulva’s iconic outfit has been all this time, do let us know.

You can catch Timewave on UKTV Play now, and on Dave at 9pm on Thursday 26th October. It will be released on Blu-Ray and DVD on 20th November. Spaced is available on DVD now. Finally, you can revisit the cast talking about the Spaced scene below…