The new series of long-running sci-fi comedy Red Dwarf is underway on Dave, with pre-broadcast episode previews available via UK TV Play. With Episode Two now available on the latter, we can finally reveal that Richard Glover makes a guest appearance in the episode. 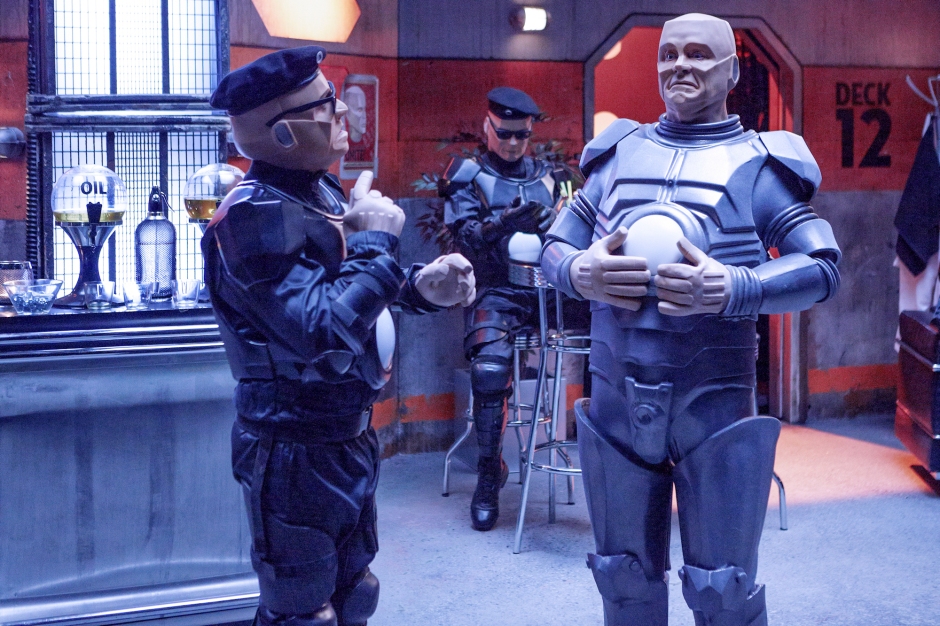 One of the best kept secrets in Onion Land, Glover’s role in the twelfth series of the cult comedy (which began 29 years ago, no less), follows roles for fellow TVOers Kevin Eldon in Series 11 and Colin Hoult in Series 10.

Best known to wider audiences for his roles in Into the Woods, The Casual Vacancy and A Field in England, Richard is a beloved member of the TVO family – one of the core Ealing Live troupe, one third of sketch trio Pros From Dover, and appearing the likes of The Mighty Boosh, Lifespam, The Day They Came to Suck Out Our Brains, Sightseers and Splendid to name but a few.

Shot almost two years ago, Glover plays Wind – a mechanoid who leads a resistance group made up of his kind, punishing former mech-owners for their crimes of slavery and rescuing lost droids. On a mission to rescue Lister’s guitar, Starbug is captured by the resistance, and the Boys from the Dwarf are soon sentenced… and transformed.

Also appearing in the episode is none other than Zapped star James Buckley, as a lower-class mechanoid in the engine room of Wind’s ship. You can see Buckley alongside Glover below. 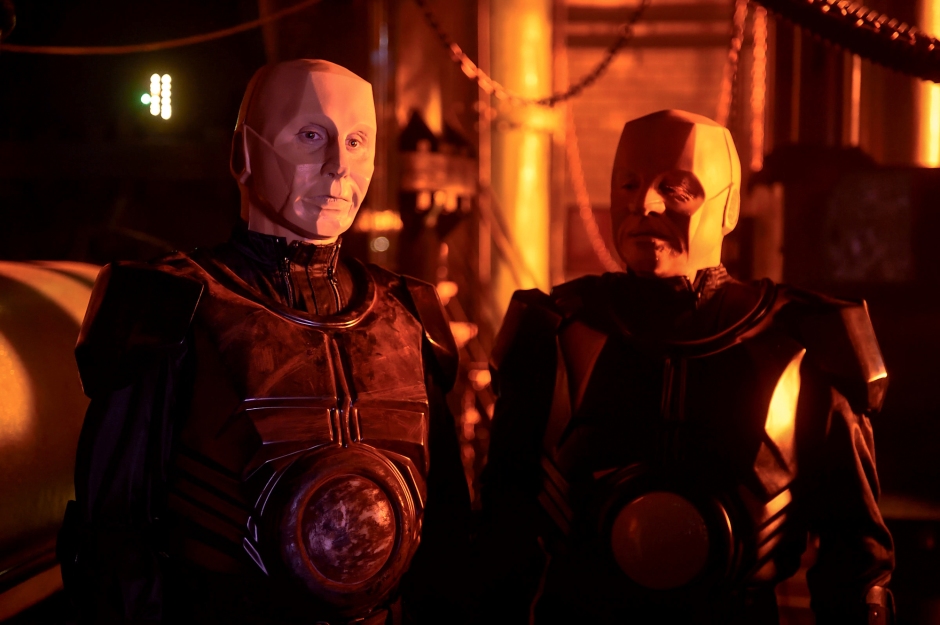 The episode, entitled Siliconia, is available on UK TV Play right now, and will air on Dave on Thursday 19th October at 10pm.

Die-hard fans of the show will no doubt want to pre-order the DVD or Blu-Ray, with the former scheduled for 20th November and available for pre-order over yonder. We’re expecting a UK blu-ray pre-order to go up shortly, given that US audiences will be getting one the following day…