We here at The Velvet Onion were very excited to find out earlier this year that the legendary alternative character comedian Simon Day was going out on tour across the UK. 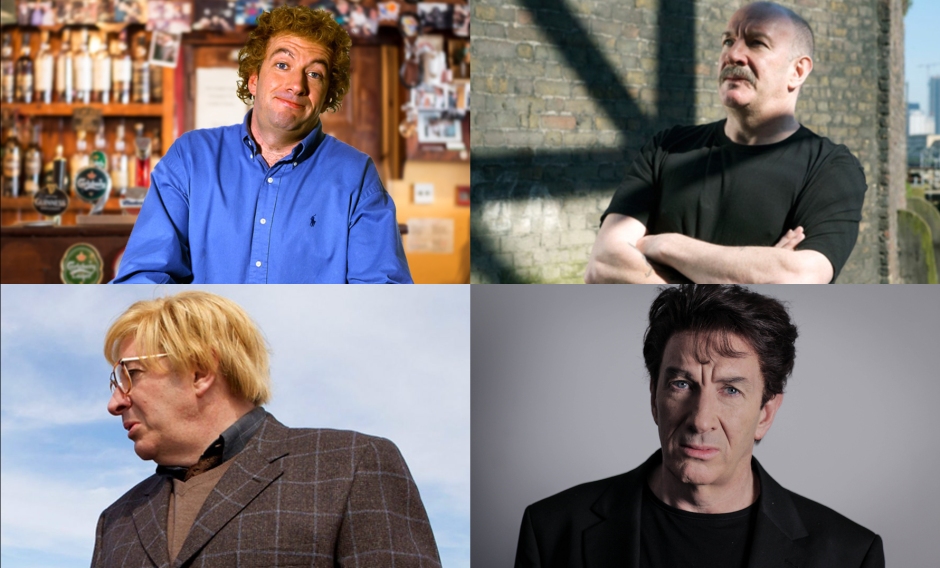 Now the tour is underway, and runs through October and early November, it has transpired that Simon is merely directing the show – which instead features four men who look rather a lot like him. Prog-rocker Brian Pern is joined by East End know-it-all Billy Bleach, Northern poet Geoffrey Allerton and last but by no means least, reformed convict Tony Beckton, who you may recall appeared in Rhys Thomas‘ documentary series Bellamy’s People and more recently BBC Two smash-hit Nurse.

When we tried to reach out to Simon to find out more about his tour, Tony answered the phone instead. Admittedly a little bit too scared to ask where Simon was, TVO decided to ask Beckton for his thoughts about the tour – and this is the result…

The Velvet Onion: Er… hello, Mr Beckton. It’s an honour to speak to you. May I call you Tony?

Thank you. We don’t know if you’ve heard of us, but we tend to write about comedy. Do you like any particular comedians?

I used to like Dad’s Army before I went inside. And it is still on! I saw some geezer called John Bishop the other day, but he was a Scouser, so i turned him off.

You’re one of the most highly respected – and most feared – criminals of all time. How did you end up going on tour?

I was asked by the home office and my publishers to share my experience of the misery and pain of incarceration. What’s weird is virtually every place I am speaking at, I was in jail in the same town at some point.

How are you enjoying this taste of freedom?

Freedom is a double edged sword. There are so many changes in the world. Everyone staring at screens on the train. The coffee shops. So many different languages being spoke, I must remember not to speak my first language: the language of violence.

Glad to hear it. Back in prison, it’s fair to say you ruled the roost. Is life treating you as well on the outside?

Inside, I dreamed of the day I could feel grass beneath my feet, stroke a rabbit and feel the wind on my bonce. Now I can… amazing.

Councillors have given me tools to deal with my rage. Where once, I carried a shotgun – or a piece of lead piping – I now carry a mental programme to keep me and other people from harm. Other people have to count to ten when the red mist comes down. I count to a hundred.

The other day in Cardiff, a load of football fans come towards me chanting. I started counting. I was still there at five o’clock the next morning, but no one was hurt.

Did prison change you?

I am a changed man. I am completely rehabilitated. I still bear the scars, though. As do all the screws, nonces and librarians who crossed me. Prison has changed, though. It is full of Muslims and white collar criminals. I can never go back. I hate to think what will happen if the Old Bill come for me again. I will go out on my shield, but yes my rehabilitation is complete.

Err.. moving on swiftly. If you could go back to the point you got busted and never get caught, would you change it?

Makes no odds: I was a wild beast. A nobleman who scoured and plundered the land, taking what I wanted. Women… gold… I scalped a bookie once who nobbled my greyhound. Liars Charter. What a dog he was… I would have been nicked at some point though. I was out of control.

Indeed. The tour then. Are there any places you’re particularly looking forward to visiting?

Anywhere is amazing to me. Apart from Brighton.

I was accused of killing a teddy boy down there on the dodgems. To be honest, I threw him in the sea. He’d rubbed candy floss on my new jacket. I was only 17. My first murder charge. I got a ‘Not Guilty’ – He got a seaweed salad. “It wasn’t me!” as Shaggy said. 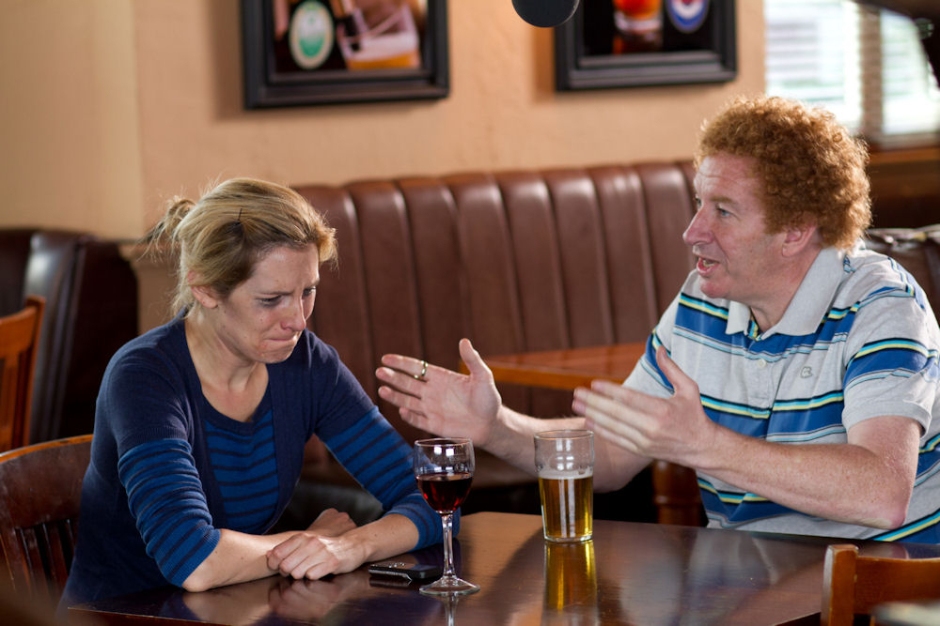 Right. Err… You’ve got some very unusual tour mates. Let’s start with Billy Bleach. He must remind you of some of the blokes you saw inside?

He is a proper gentleman. And what a barnet he has got… staunch.

I imagine Billy would look up to you. Has your presence been rubbing off on his interactions with audiences?

He is a lot more confident than me. And he’s got the patter. I still struggle under the lights. Reminds me of being on the wall when the searchlights come on you. Sometimes… you piss yourself.

Northern poet Geoffrey Allerton is joining you too…

He is very scared of me. But also turned on by the violence. Like a lot of guys, I think he wants me to hurt him. His poems are good though. Really good…

Is poetry something you can get on board with? You did write a book after all…

I have written poems. But there is no money in poetry. I am doing a prison diet book, and a guide to masculinity.

We’ll keep an eye out for them. The big surprise of the tour is Brian Pern being involved. Are you a fan?

He is a mug who thinks he knows about jail, because he wrote a song about a Mexican priest who died inside after eating a sacred beetle. He started talking to me about the eternal soul of the unknown prisoner, and I slung a cup of soup over his silly Catweazle coat. He keeps away from me now…

To be honest, Tony… We thought Brian was dead. We wrote an obituary and everything. Simple Minds put it on their Facebook page. THE Simple Minds.

That was a tax dodge. Look, I don’t want to talk about him. I am starting to get annoyed by all this, why are we talking about that prick?

And with that, he counted to 100, called us a bad word and hung up. We don’t mind though, Tony, because we’d like to keep our knees.

Tony Beckton appears in Simon Day: In Character which is on tour across the UK now. For the latest tour dates, click here.