Never ones to follow the herd, we thought we’d bring you some non-baking related Noel Fielding news while the rest of the world is in the thick of a GBBO frenzy. 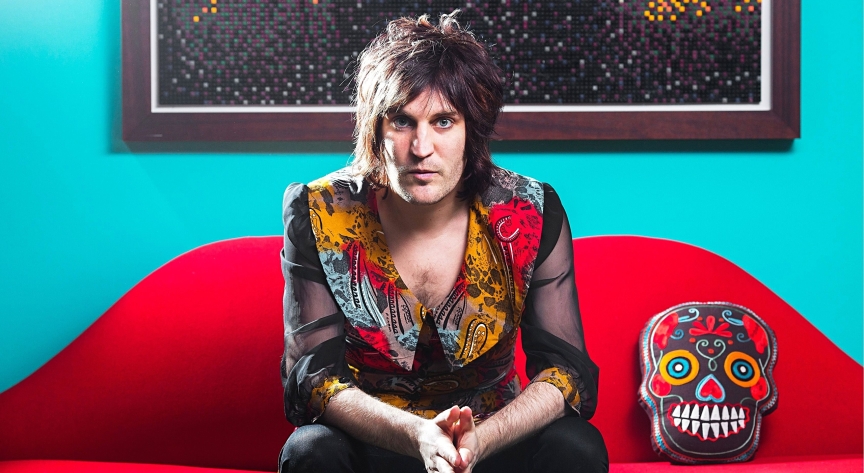 Noel appears half-way through the new series, playing the part of Thomas Morley, with whom Mitchell’s young Shakespeare partners on a theatrical project. We’ve caught a sneak peek of the new series, and spotted just a glimmer of Jagger in the bohemian character of Morley, who “only wants to make music”.

Two other TVO faces, Gemma Wheelan (left) and Tim Downie will be reprising their roles from series one as Will’s friends, Kate and Marlowe respectively. Emma Thompson will also be appearing in the new series, as Elizabeth I.

In the new series Will is still striving to make his mark in the theatre whilst battling the commute from London to Stratford-Upon-Avon to see his family, a journey made all the harder by typical Tudor problems like a strike by the coaching staff, coach cancellations and unusually wet leaves.

Shane Allen, Controller, Comedy Commissioning, says: “This is the dream combination of masterful comedy penmanship from Ben Elton, a cast littered with well-loved comedy actors both old and new, who lampoon the life and work of this cultural giant we were all taught to revere in school. It’s British comedy at its finest.”

As soon as we have any information about the airdate, or we’ve got our hands on images from series two, we’ll let you know.