A new series is launching on Dave this week, and it boasts a behind-the-scenes TVO connection. 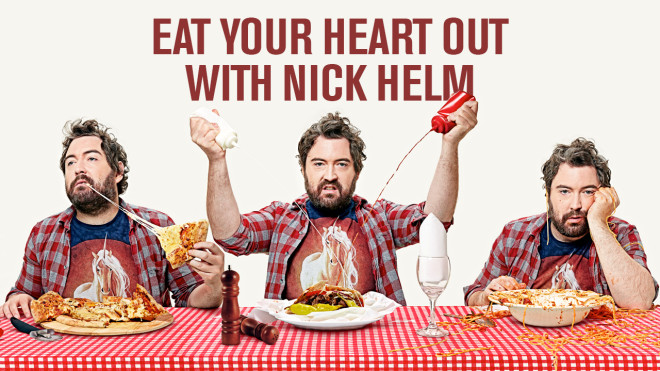 Eat Your Heart Out with Nick Helm features the award-winning comedian, and star of BBC’s Uncle, as he sets off on a highly personal culinary journey around the UK and Europe in this brand-new original series.

The premise of the show sees the food-loving Helm being asked by the TV channel Dave to make a programme all about food and what it means to him. But when his girlfriend dumps him at the start of the series, he has to come to terms with his newfound single status whilst making his new show – visiting one city at a time, finding food, eating food and sharing it with the new acquaintances and old friends he meets along the way.

Soho, Leeds, Berlin, Paris, Glasgow, Essex and Brighton are just some of the places he’ll venture to on his food odyssey. From the dinner tables of unsung home cooks to cafes, from restaurants to hidden bars, street eats and food trucks, Nick dives in and tries everything. Except eggs (which he hates). 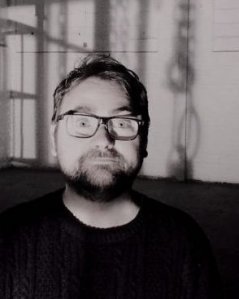 Although Nick Helm is one of those artists whose flight path orbits close to The Velvet Onion, he’s not officially ‘one of ours’. However, the Edit Producer on Eat Your Heart Out is none other than writer, director and editor, Bob Pipe, whose TVO pedigree is hard to beat.

The first two episodes of Eat Your Heart Out With Nick Helm air on Dave this Thursday, 24th August, at 8pm and 8.30pm; episode 1 takes place in Islington and features Bob Mortimer, and episode 2 is set in Camden and features another TVO face, Morgana Robinson.