Chubby Funny – the new independent comedy which features Alice Lowe in its ensemble cast – is screening over the next few weeks. 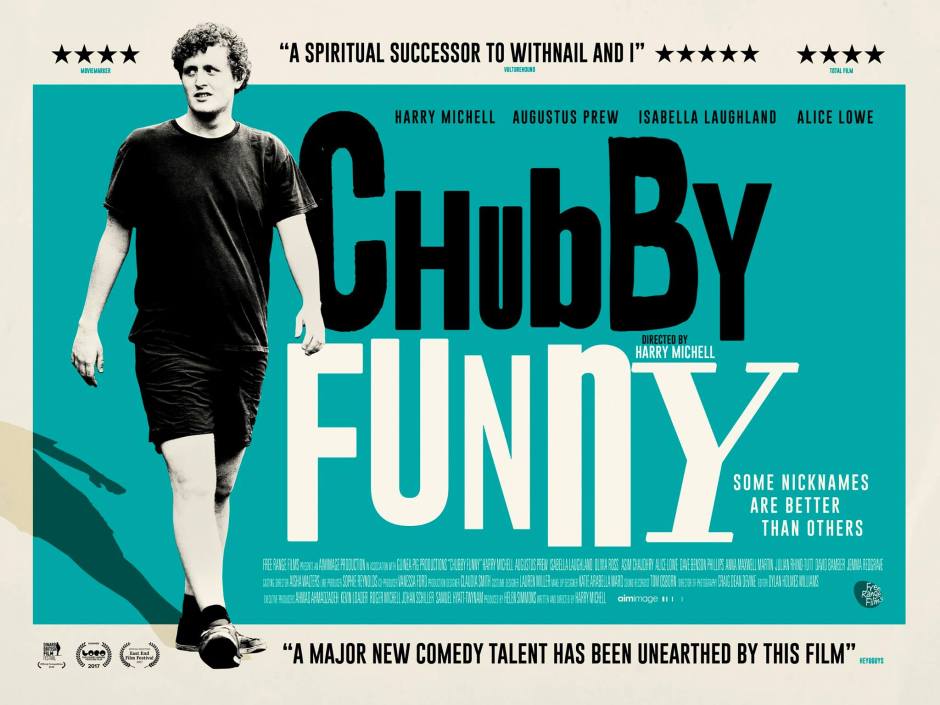 The film is the brainchild of writer/director/star Harry Michell: an award-winning comedian and filmmaker who is part of sketch troup Minor Delays, and whose previous short film Guinea Pig featured former Green Wing star Stephen Mangan.

It features Michell as aspiring actor Oscar, who moves to London with his best friend and fellow thespian, Charlie (High Rise actor Augustus Prew). Giving himself a year to make it in the industry, Oscar is typecast as the ‘chubby funny’ best friend by his brutally frank agent Susan (Alice Lowe) and ends up waylaid by the same old problems – friendships, flings, and the question of finding ultimate fulfilment.

Also starring Isabella Laughland (Harry Potter), Asim Chaudhry (Hoff the Record), and Olivia Ross (War and Peace), the film has received strong reviews to date, as well as lofty comparisons to Withnail And I.

You can make your own mind up by attending one of the various screenings over the next fortnight: at London’s Picturehouse Central from 8th-13th July, Glasgow Film Theatre from 4th-6th July, Northampton’s Errol Flynn Filmhouse on 8th July, Shropshire’s Kinokulture Cinema on 13th July and at Latitude Festival on 16th July. More screenings and wider release will follow, so keep your eye on the film’s official website for more info.