Mindhorn – the smash hit film from Julian Barratt and Simon Farnaby – will be released on blu-ray, dvd and download in September. 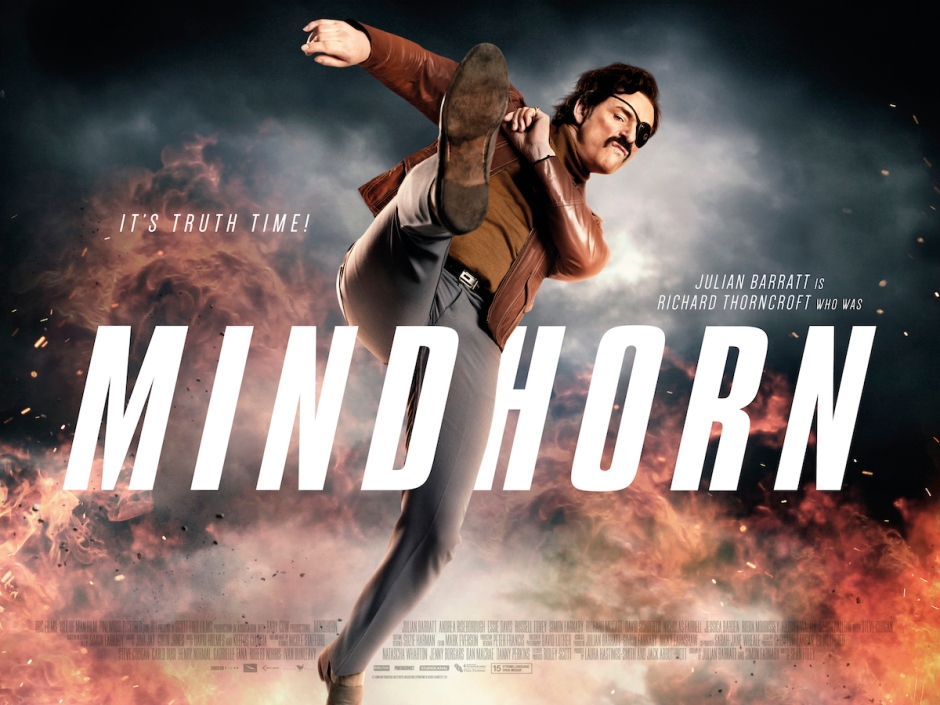 If you’ve been living under a rock recently, or maybe just in a bunker filled with merchandise from long-forgotten detective series, Mindhorn is written by Barratt & Farnaby and features the pair as, respectively, out of work actor Richard Thorncroft, and his former stunt double Clive Parnevik.

Once a household name with his hit tv show Mindhorn, Thorncroft destroyed his own career and has since fallen on hard times, but the island he alienated during the series production is now home to a murderer, and the only lead detectives have is convinced that Mindhorn is real.

Directed by Sean Foley and also featuring Essie Davies (The Babadook), Andrea Riseborough (National Treasure), Russell Tovey (Being Human), Richard McCabe (Wallander) and Steve Coogan, plus cameos from Tony Way and former Dutch Elm Conservatoire regular Jordan Long, the result is a riotous, deliciously farcical, laugh-packed hoot, and soon you’ll be able to watch it over and over again from the comfort of your own home.

Released on 4th September 2017, the film can be pre-ordered now on blu-ray, dvd and download.

And don’t forget, there’s still time to order the spin-off 12″ vinyl EP, signed by ‘Richard Thorncroft’. For more on that, revisit this earlier peeling…