Adam Buxton and Jessica Hynes will appear alongside host Richard Ayoade in Channel 4’s reboot of The Crystal Maze. 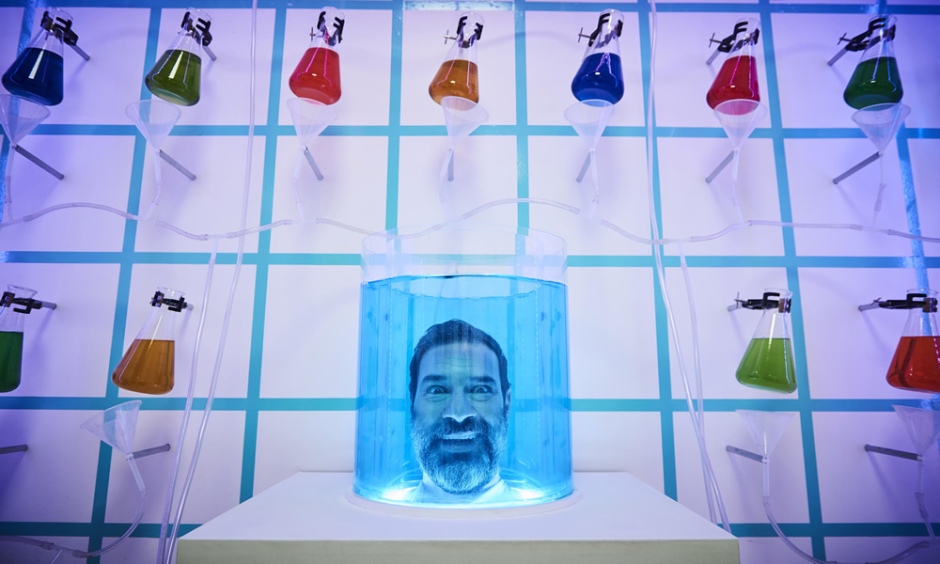 In The Crystal Maze, teams of five contestants must navigate the Aztec, Medieval, Industrial and Futuristic Zones before facing the fans in the iconic Crystal Dome. On their journey through the maze, guided by new host Richard Ayoade, the adventurers will encounter fiendish challenges and some interesting surprises.

In the Futuristic Zone, contestants will come face to face with Jarhead, played by Adam Buxton (pictured above). Jarhead’s game will require one player to answer a trio of riddles, which if correctly solved, will release a crystal for the team.

Meanwhile, the Medieval Zone is defended by The Knight, played by Jessica Hynes.

The new series of The Crystal Maze begins Friday 23rd June at 9pm on Channel 4 with a celebrity special. Contestants Ore Oduba, Vicky Pattison, Alex Brooker, Lydia Bright and Louie Spence will be raising money for Stand Up To Cancer.