Steve Coogan fans have a chance to own a replica of the car owned by his most famous creation, Alan Partridge, which is currently sale on eBay. 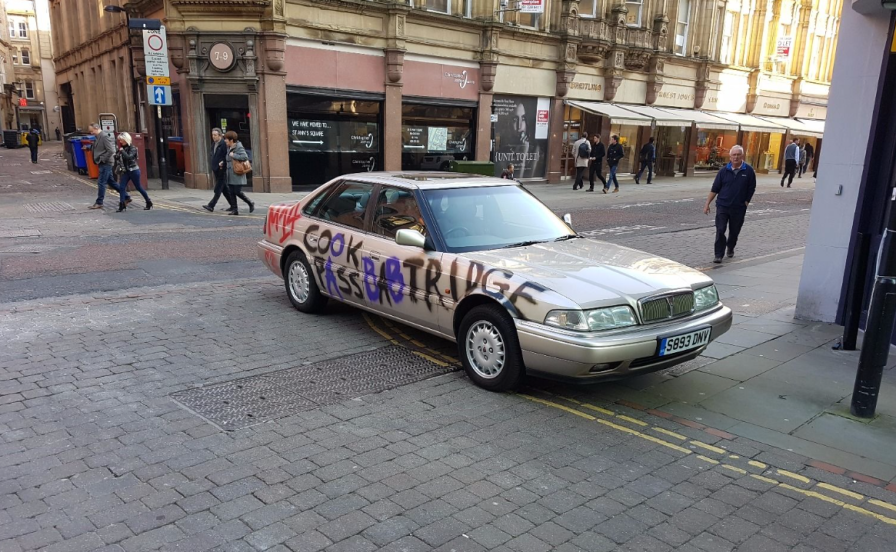 The 1998 Rover Saloon appeared in I’m Alan Partridge and was vandalised with the words “cock piss Partridge”, which was then changed to “cook pass Babtridge” by the chat show host.

The car was also used as part of the recent book launch for the book Alan Partridge: Nomad at Waterstones on Deansgate last October (when it famously received a parking ticket).

Levenshulme-based arts business owner Matt Ford is selling the vehicle, and said of it: “I could have hung on to it but I thought it was probably better off going to someone who was a fan of the show. The graffiti is actually a special wrap that covers the car and can be taken off easily enough.”

Matt describes the car as “a good runner”. The five door automatic has 86,000 miles on the clock and has a good service history, air con and electric windows. At the time of writing there are 12 hours left to bid and the current price is £2,200, so if you’re in the market for a Partridge moment, you’d better be quick! You can see the listing here.

And here’s the scene from the TV show where Alan’s talking about the graffiti: