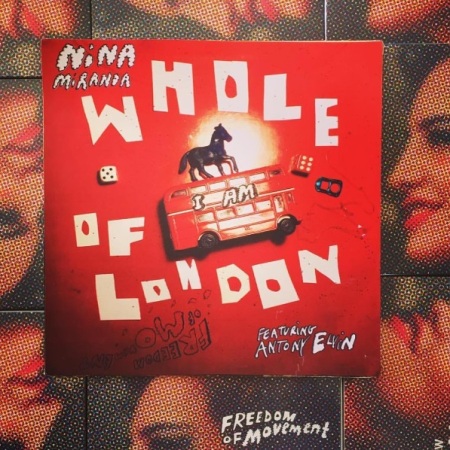 Antony Elvin‘s new single with Nina Miranda, Whole of London, is out now alongside the parent album, Freedom of Movement, via Six Degrees, and the track’s music video has been released today.

Freedom of Movement is the debut solo album from the English Brazillian singer, who has previously been a member of bands Smoke City, Shrift and Zeep.  As we told you recently, the album fuses influences from world music and traditional folk with electronic elements, all spearheaded by Miranda’s soothing vocals.

Entitled Whole of London, Elvin describes the ditty as “a nice breezy London song”, which he produced, arranged and co-wrote. Longtime collaborator William Summers adds delicious crum horn, flute and piccolo parts for good measure, which in Elvin’s words, sees him “boot it out of the maze, as he is wont to do”.

The whole album can be ordered via Digital or CD from Amazon UK now, and you can see the music video below.

Interestingly, just as we’re enjoying a brand new slice of Elvin goodness, this week also saw the musician looking back further than we’ve ever previously been privy to, and it’s all due to the recent release of Julian Barratt and Simon Farnaby‘s smash hit film Mindhorn. 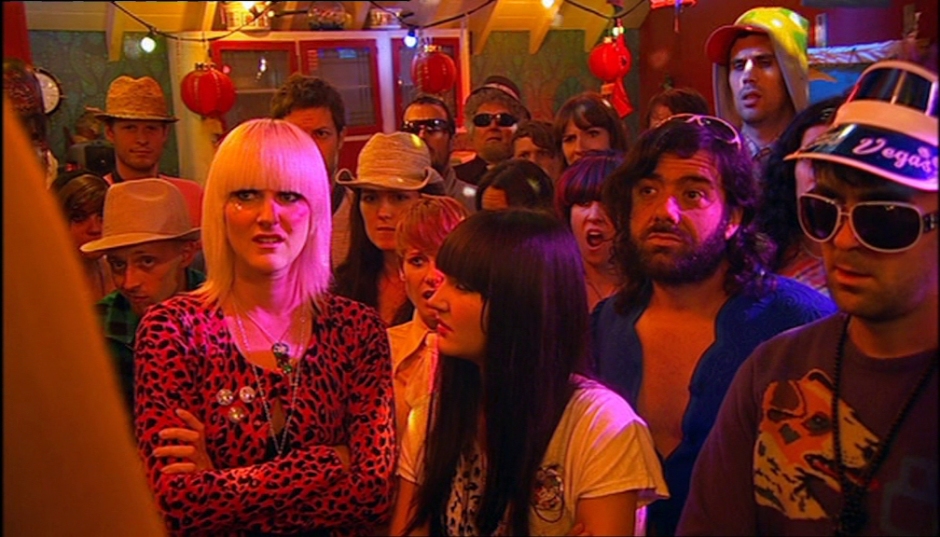 Antony Elvin on the right there, looking dashing in blue for The Mighty Boosh Series Three. © Baby Cow

Julian and Antony have been friends for many years. Elvin, of course, appeared in The Mighty Boosh on several occasions, and provided the end theme to Boosh documentary Journey of the Child Men in the form of the delightful ditty Amongst the Dandies.

As diehard fans will recall, that film was directed by Oly Ralfe, who is credited with inventing the name Bruno Mindhorn for a surrealistic piece that he made, which ended up in the Boosh radio series. When Barratt and Farnaby began writing the film, they changed Bruno to Bruce and made the character a detective. 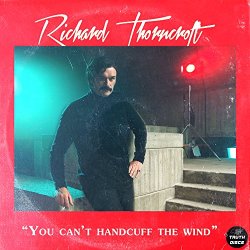 But what very few people know is that the Elvin & Barratt very nearly ended up in the same band way before The Boosh began, and this connection may have subtly inspired another aspect of Mindhorn: namely the in-character song You Can’t Handcuff the Wind that ‘Richard Thorncroft’ has recently released as a single.

Back in 1990, Elvin wrote a track entitled Can’t Handcuff the Wind, which was recorded in 1994 as a rough demo. Having recently caught the music video for Julian’s track himself, Antony couldn’t help but notice the interesting connection to his past, and dug into his archives to find a copy of the lilting, summery lost classic.

As Elvin explained, the demo was recorded on a Fostex R8 tape recorder in Brighton and London, with Elvin providing vocals and guitar, Sarah Prosser on cor anglais, Paul Downes on drums and Gerard Hogan on bass guitar. This is the band which Julian very nearly joined, and he was a keen admirer of their work. While the end result is two very different songs indeed, it’s an interesting insight into Julian’s thought processes that, while the song may have been forgotten about until recently, the title clearly stuck with him on some level… enough to inspire him to write an entirely different (and utterly brilliant) track of his own, some 23 years after its namesake was recorded.

So there you have it… another little connection in this wonderful set of Oniony layers… you can hear both songs below, because they’re both brilliant. If you like what you hear, you can currently pre-order Richard Thorncroft’s vinyl EP over yonder, and listen to some more vintage Elvin works on his Facebook Page for good measure. Enjoy…