Antony Elvin will be bringing his musical talents to a daytime event to honour the Sumer Solstice at the Union Chapel in London on Saturday 24th June. 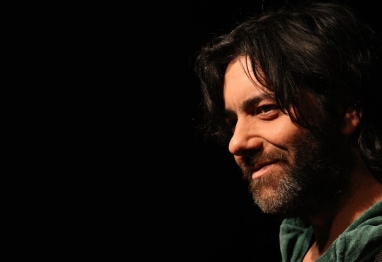 The organisers promise “a lazy afternoon with music, tea and cake” at an event for all ages. The marvellous Mr Elvin will be performing as Antony Elvin And His Men, with special guest, Nina Miranda.

The Trans-Siberian March Band will also be playing at the event, a joyful 13-piece Balkan brass band which has delighted audiences at Glastonbury, Woman and the Royal Albert Hall. They’ll be playing a mix of traditional Turkish and Gypsy tunes, Russian sing-alongs and swinging Klezmer. Composer and guitarist, Toby Hay, will also be appearing.

It all takes place between 12 noon and 2pm on June 24th, and entry is officially FREE, although a donation of £5 is suggested. We know – all of that lovely stuff for a fiver or less! If you need further information, you can read more about it here.