Spoilers ahead for Inside No. 9 series three episode ‘Diddle Diddle Dumpling’. If you haven’t seen it, turn back now! 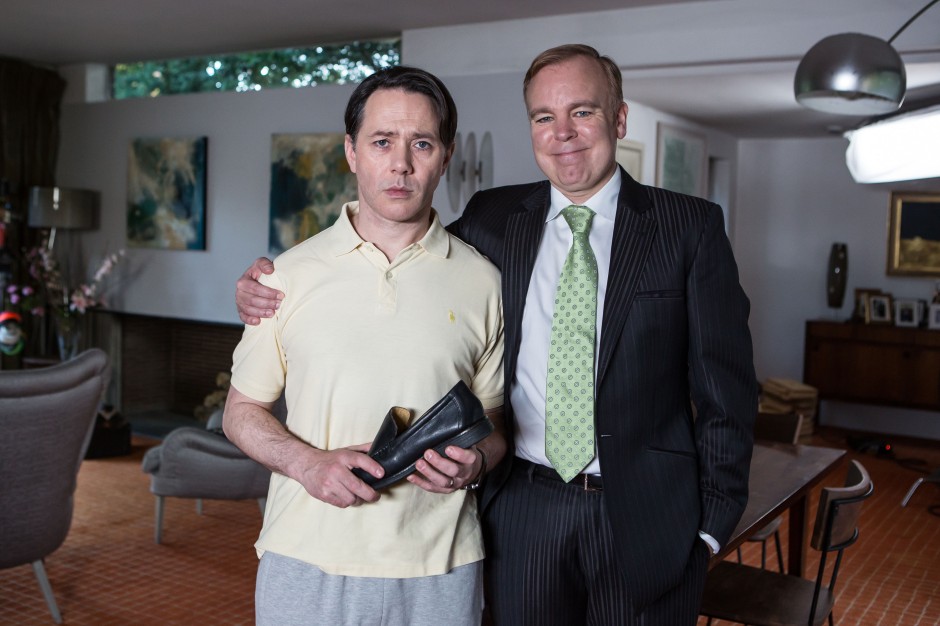 In the DVD/blu-ray audio commentary for Inside No. 9 series three episode ‘Diddle Diddle Dumpling’, Reece Shearsmith and Steve Pemberton reveal that the episode originally had a longer ending. Namely that after the police arrive to take David away, we would then jump forward in time and see his wife Louise (Keeley Hawes) in a relationship with Chris Hutchinson – the character played by Steve Pemberton who appeared earlier in the episode. This extended ending was filmed, but got cut when the episode ran too long. Another earlier scene, in which David tries to explain his troubled mind to his daughter, also ended up on the cutting room floor.

For lots more tidbits like this, including an insight into the making of the 1970s-style Christmas special, order Inside No. 9 series three on blu-ray here.