Fantasy sitcom Zapped will be returning for a six part second series later this year, with director Dave Lambert once again at the helm. 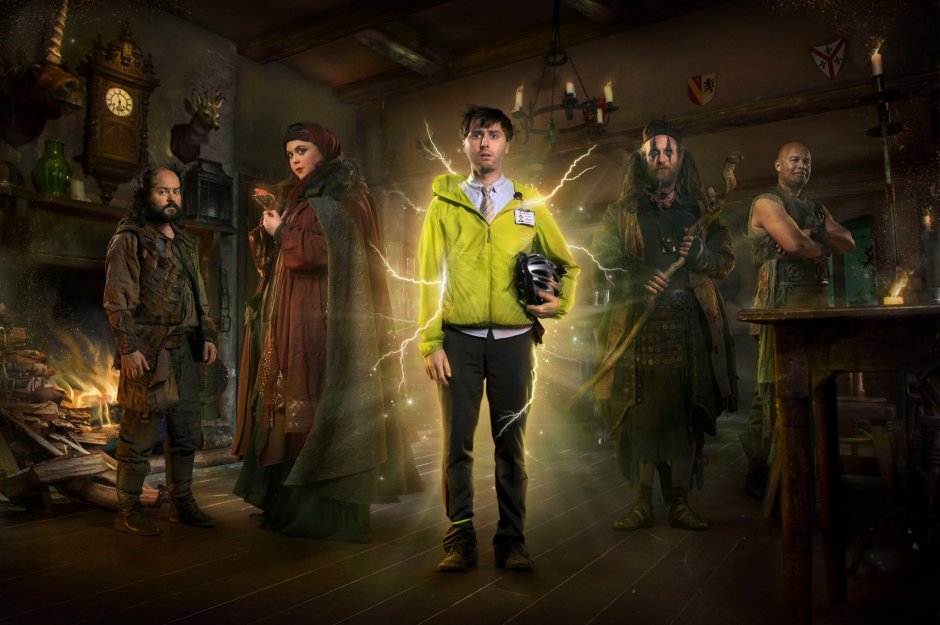 The fantasy epic for UKTV channel Dave stars former Inbetweeners actor James Buckley as data marketing assistant Brian who is abruptly transported to a parallel world he doesn’t understand, full of psychopathic Fairies, Shell Men and Throcks, and must find his way back home again.

The series, which aired a three-part first series last Autumn, co-starred Paul Kaye as warlock Howell, who he described as “a cross between Dumbledore and Tommy Cooper with a Timothy Leary diet”. Also featuring were Sharon Rooney (Stag) as ‘hopeless soothsayer’ Barbara and Ken Collard (Cuckoo) as ‘armchair revolutionary’ Steg, while guest appearances were made by Tony Way, Richard Sandling, Steve Coogan, Sally Phillips, Kathryn Drysdale and the legendary Ricky Grover.

Filming on the second series began at Pinewood Studios this week, with Grover tweeting a picture of himself on set alongside Rooney and Kaye, which you can see below.

On set of Zapped today with a couple of lovely people @sharonrooney and Paul Kaye. Tonight I'll be with @TheRealOffside @AspersStratford 👊 pic.twitter.com/BF8PM8uOHd

Executive producer Steve Coogan, whose production company BabyCow is behind the show, commented: “I am delighted that UKTV have asked us to travel back to Munty for another six episodes of complete madness. The fantastic cast will return bringing to life the imaginatively funny scripts from the Black Dog boys. I’ll be raising a large Rhubarb Seizure to celebrate”

Series Two will once again be written by Dan Gaster (The Thick of It), Will Ing (The Life of Riley) and Paul Powell (Miranda), and is set to air on Dave in the Autumn.