The forthcoming second annual Unrestricted View Film Festival is due to take place between 24th and 30th April, and the team behind it have put together a packed bill of independent cinema which includes some fantastic TVO treats.

For the uninitiated, Unrestricted View has been the resident theatre company at legendary comedy venue The Hen and Chickens (where the Boosh began their journey all those years ago) since 1999, and last year they expanded their efforts in providing a platform for up-and-coming creatives to include film for the first time.

As well as Festival Director James Wren, the programming and awards team also includes Richard Glover and Neil Cole amongst its number, and the whole team have put together a wide range of screenings that will appeal to any genre-spanner out there.

These include sixteen feature films from noir-thrillers to coming-of-age dramas, post-modern comedies to found footage horror movies, with entrants coming not just from the UK, but from the US, Canada, Ireland and Brazil. Perhaps even more excitingly, 63 shorts, documentaries and webisodes will also be screened from across the world, including entrants from the UK, the USA, India, Czech Republic, Italy, Spain, Netherlands, Australia, Poland, Denmark, Iran, Ireland, Argentina, France and Belgium. Phew!

Across the festival, there’s also space for a few TVO related projects to get an airing. 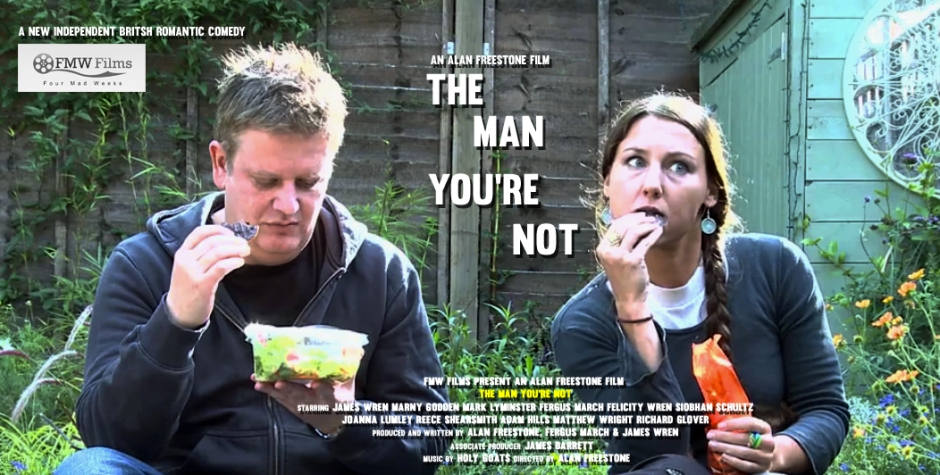 The film is the story of Charlie: an unlucky in love guy who’s forever being told he is ‘too nice’. His friends sign him up to a number of dating websites as different people, and Charlie has no choice but to go on dates pretending to be someone else, entering a whole new world of one night stands. But will he lose who he really is, and fail to see what’s right in front of him?

Then on Saturday 29th April, several short films with comedy connections feature in the variety bills. From 3:30pm, Shorts 2 will include Bob Pipe directed comedy horror The Monster starring Richard Glover and music from Waen Shepherd, in which an iconic 20th Century horror monster takes a part in a modern day slasher film.

This will be followed by Boris in the Forest, a black comedy from director Robert Hackett about a Californian geek (played by friend Red Dwarf veteran Mac McDonald) in search of his horror hero Boris Karloff.   Six other shorts will also feature, and further details, alongside tickets, are available over yonder.

Later that day, James Wren’s latest short film Godless will receive one if its first public airings. The short, directed by Fergus March, is about a film company who made a feature which proves the non-existence of God, and stars writer Wren and March alongside Richard Glover, Rachel Parris and Richard Sandling.

This will be followed by the brilliant Tom Golding’s comedy short Ken & Carol Lose the Plot and six other shorts from 5:15pm. Again, further details (and tickets) are available over yonder.

For the full programme of events, visit the Unrestricted View website now.