The cast has been announced for Inside No. 9 series four. 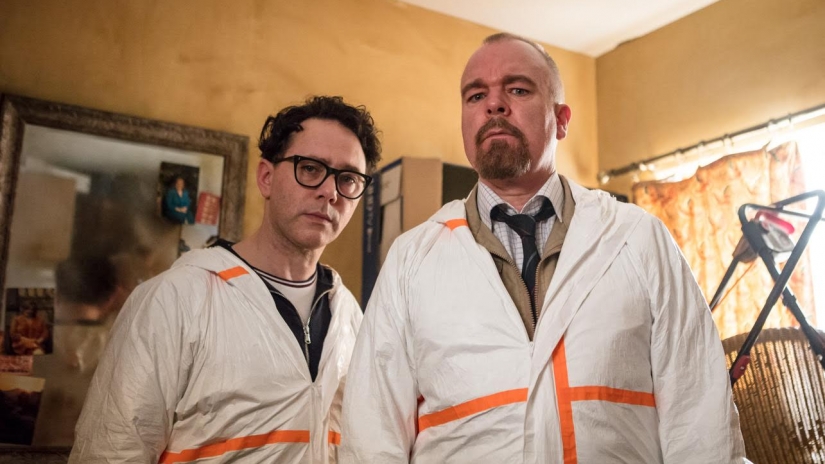 Reece and Steve have said: “We feel ridiculously privileged to find ourselves at Pinewood Studios filming a new set of episodes (though sadly not in Studio 9). We are getting through more actors than Midsomer Murders and it’s a dream to work with the country’s finest once again. As ever we’ve attempted a real mix of styles and genres, including one really brilliant episode and one really disappointing one; we look forward to viewers debating which is which.”

As we’ve mentioned before, Reece and Steve have dropped a few hints about series four episodes so far, including that one will be entirely in iambic pentameter, one will take place in reverse chronological order, and one has required them to learn a dance.

ICYMI: Series one and two of Inside No. 9 are now available to watch on Netflix, and you can order series three on blu-ray here with special features including audio commentaries.