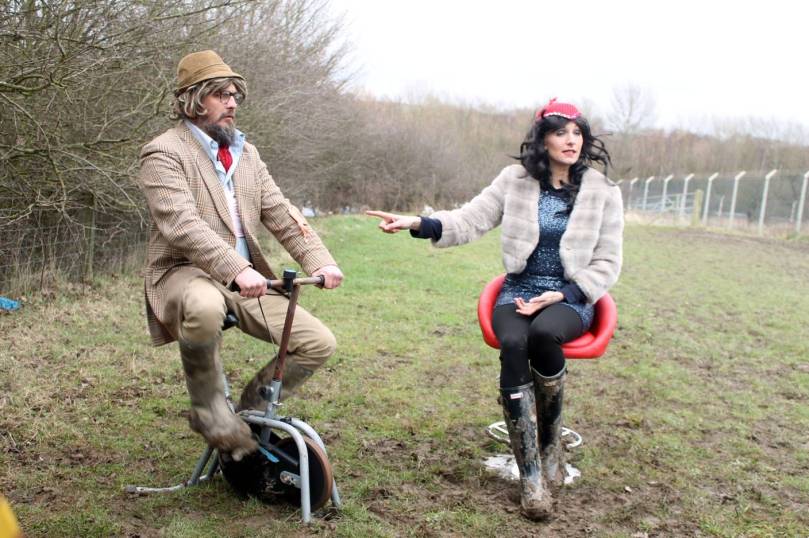 The show, by Darren Dutton and Jonny Roberts, mixes the mashed up sound from popular TV programmes with live action sequences – all set in a field, using cheap props bought from auction websites. So far so strange.

Big Field started out as an independent viral hit in 2015, with BBC Three picking it up for five short episodes in the summer of 2016, featuring TVO folk Lucy Montgomery, Tony Way, Shelley Longworth and Alex Lowe. Tony will be part of the cast in the new episodes too. Hurrah!

Dutton and Roberts have completed ten new 2-minute episodes, featuring bizarre parodies of TV shows such as Pointless and Judge Rinder. Speaking to British Comedy Guide, they said: “The sketches in these new episodes are the weirdest yet. We may have out-weirded ourselves.”

The new series is due to go out late this year; here’s a flavour if what’s in store to keep you going until then: