Series 1, 2 and 3 of Inside No. 9 are available for the first time on Blu-ray. To mark the occasion, Sophie has picked out her two favourite episodes from each of the two series that we’ve seen so far… 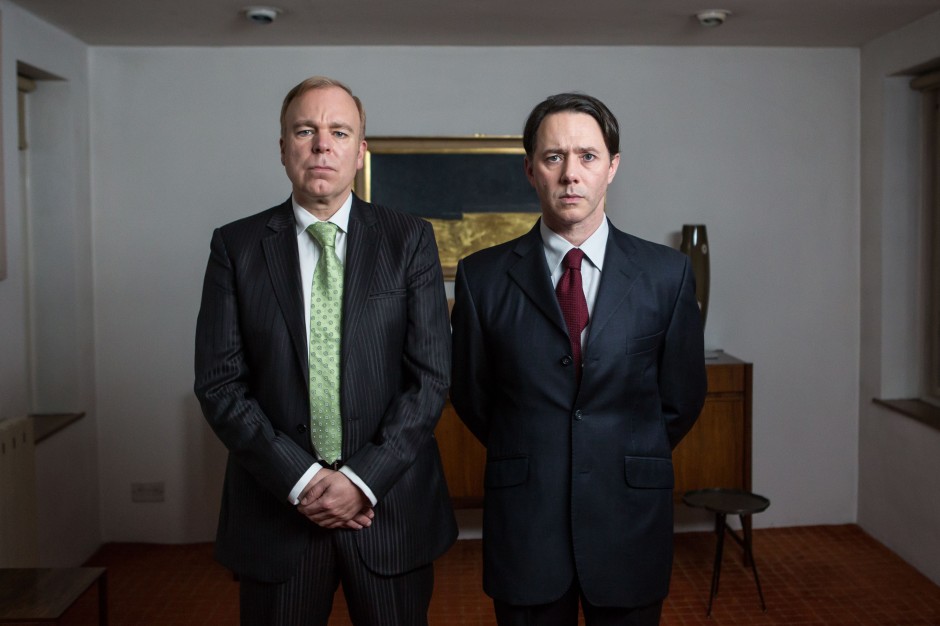 The thing about Inside No. 9 is that each episode of Reece Shearsmith and Steve Pemberton’s genre-bending anthology series is so tonally different, and so consistently good, that it’s impossible to say that one is really ‘better’ than another. It all comes down to what floats your boat, so with that in mind, here are my personal favourites.

Order Inside No. 9 series 1 on Blu-ray now 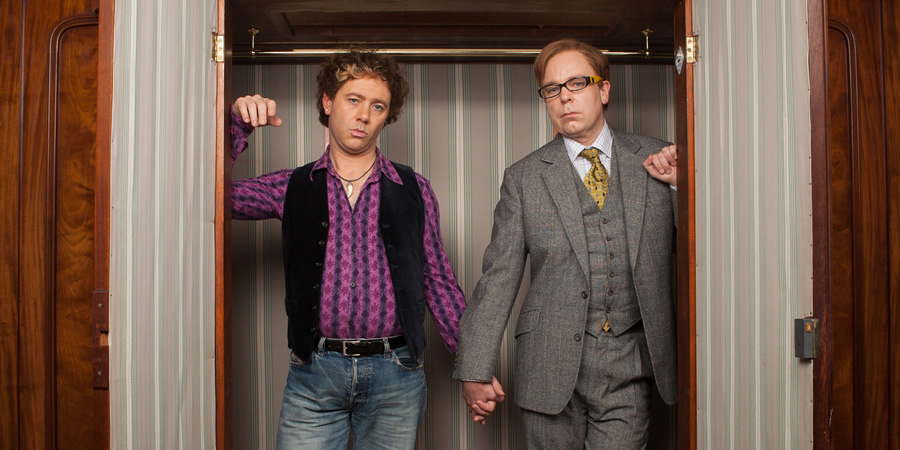 Just under three years after Shearsmith and Pemberton’s Psychoville came to an end, the pair’s new show Inside No. 9 began with its first episode, Sardines. I remember sitting at my computer obsessively refreshing BBC iPlayer on the night that it aired (since I was a television-less student at the time), eager to see what the masters of dark comedy had cooked up, and I was not disappointed. In fact I enjoyed Sardines so much that I watched it again the next day… and then a few more times after that.

The episode takes place in the house, or rather the bedroom, of a wealthy family who have gathered to celebrate the engagement of Rebecca, played by the always brilliant Katherine Parkinson. A game of sardines has been initiated, which results in more and more people cramming themselves into a wardrobe together. With sharply written dialogue, heaps of social awkwardness and an ensemble cast including Tim Key (Mid Morning Matters), Julian Rhind-Tutt (Green Wing), Anna Chancellor (Flowers) and Anne Reid (Hot Fuzz), it’s a wickedly funny half-hour and served as a perfect introduction to the show.

Choice moment: “Yeah, chill out bitch!.. Sorry that was misjudged.”

A Quiet Night In

From a comparatively wordy first episode to a totally silent second one, A Quiet Night In centres on two burglars trying to steal a valuable work of art from a house while the couple who live there are still at home. This means they must sneak around as quietly as possible to avoid being noticed, making the episode dialogue-free until its last few seconds. This one really demonstrates Reece and Steve’s versatility as writers and performers, since they’re not the sort of people who are typically known for physical comedy.

I have to admit that A Quiet Night In is a series 1 standout for me not just because of its unique premise, but also because last year I attended a special Slapstick Festival screening of the episode, followed by a Q&A with Reece, Steve and director David Kerr. They talked about how challenging it was to get the episode just right, having to film exclusively at night and meticulously choreograph every moment, which has made me appreciate it all the more.

Order Inside No. 9 series 2 on Blu-ray now 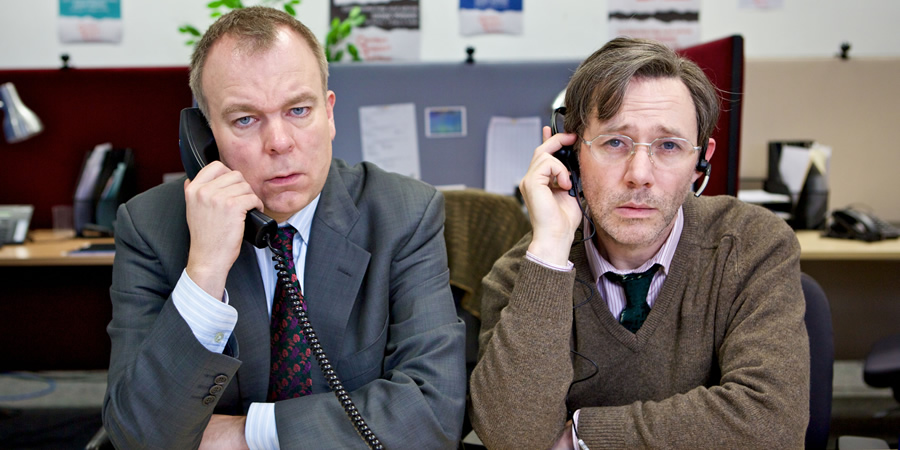 It may not have an obviously spooky setting like The Harrowing’s gothic mansion, but Cold Comfort is a very unsettling half-hour of television. The episode takes place in a Samaritans-style call centre, where new employee Andy is being shown the ropes, and it isn’t long before the work starts to affect him.

The ‘gimmick’ of this episode, for want of a better word, is that it’s all seen through CCTV with streams from four fixed cameras visible at all times. A long take of Andy trying to comfort a suicidal caller, in which he sings ‘Shine’ by Take That to her (meaning I now think of this scene whenever I hear that song!), is as gripping as it is disconcerting. The creepy atmosphere certainly doesn’t come at the expense of laughs though, and there are plenty of memorable lines from Jane Horrocks in particular.

Choice moment: “Well that is not how we do it in Wood Green…” delivered by Velvet Onion regular Tony Way, no less. 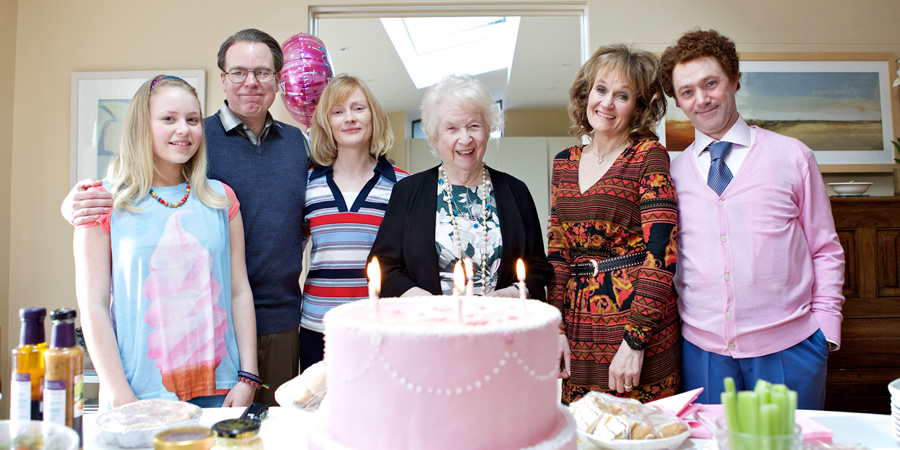 In contrast to the rather experimental Cold Comfort, Nana’s Party on the surface resembles a traditional family sitcom or farce. It’s the day of nana’s birthday party and mum Angela is fretting about the state of the house, which is clearly immaculate, while dad Jim is thinking of pranks to play on his cheeky brother-in-law and daughter Katie is just trying to get her homework done.

Things begin to take a dark turn with the arrival of alcoholic Auntie Carol though, who has come armed with secret booze in a sunscreen bottle and an obvious resentment for her more well-off sister. Nana’s Party feels very much like a mini-play (Alan Ayckbourn has been cited as an influence for the episode) and it contains plenty of wry observations on family relationships, marriage and class. It manages to get the balance of comedy and tragedy just right, with an ending that goes from dramatic tension to laugh-out-loud hilarity and then to deep emotional impact in the space of just a few minutes.

Choice moment: The paramedic’s appearance, which ensures you’ll never hear the Casualty theme tune in the same way again. On first viewing, I actually had to pause the episode at this point because I was laughing so hard.

Pre-order Inside No. 9 series 3 on Blu-ray now

Inside No. 9‘s third series began in December with festive episode The Devil of Christmas (read my review here) and is due to continue very soon with settings including a restaurant, an art gallery and a karaoke party. Take a look at the trailer below for a sneak peek of what’s in store…

We’ll have a preview of series 3 coming to you soon, and in the meantime, here are those Blu-ray links for you again:

Series 3 with no specific release date yet.