No matter what else occurred in 2016, it was a bit of a cracking year for ‘our sort’ of comedy on TV. Within the first few months we were treated to new dark comedies Stag, Camping and Flowers, shortly followed by specials from both Alan Partridge and Philomena Cunk. We also got a long-awaited vehicle for Morgana Robinson in The Agency, and very welcome returning shows included Mid Morning Matters, Murder In Successville and Yonderland. Among these top TV programmes of the year were some standout performances, which are definitely worthy of being highlighted. Here are Sophie‘s favourite comedy performances of 2016…

Camping revolves around a disastrous couples’ camping trip, which uptight Fi (Vicki Pepperdine) has organised to mark the birthday of her doormat husband Robin (Steve Pemberton). Being written and directed by Julia Davis, the show is full of hide-behind-your-hands moments, with the lion’s share coming from Rufus Jones as tragic Tom. We’re cringing from the moment he turns up at the campsite sporting double denim and showing off his new girlfriend… and this feeling barely subsides for the rest of the series, as he blathers on about how much Fay has changed his life and slobbers all over her at every opportunity. As we already know from Hunderby (and Dead Funny for those who have been lucky enough to see it), Rufus is pretty much up for anything when it comes to getting laughs, and in Camping this involved plenty of nudity, awkward sex scenes and dancing around in lederhosen. 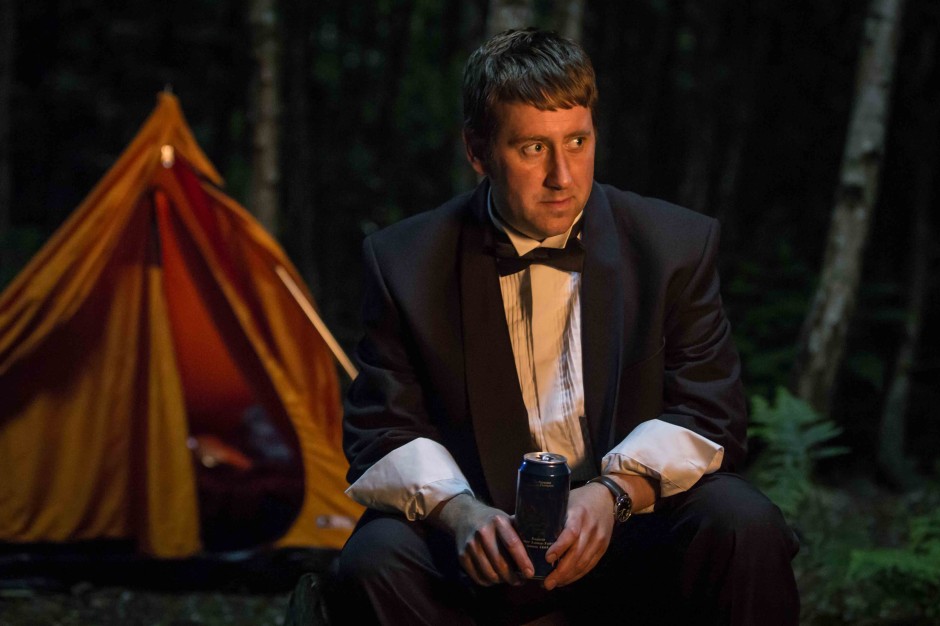 Stag begins with mild-mannered geography teacher Ian, played by Jim Howick, arriving at the stag hunting stag do of his posh new brother-in-law. He’s instantly out of his depth and very much unwelcome, surrounded by men who all know each other from either private school, university or the world of banking. As the ‘normal one’ in the group, Ian could have easily fallen into bland territory as a character, if it weren’t for Jim’s inherent likeability. He gets us on his side from the offset, which means that when members of the stag party start being killed off by an unidentified assailant, we’re quickly rooting for Ian to make it out alive. By the end of the three-part series, we’re hoping for others to survive too, although this doesn’t really come until we have learnt a bit more about them.

Tom Davis in Murder In Successville

In 2016 Murder In Successville returned for a second series, more polished and assured than its first. Similarly, Tom Davis was back as DI Sleet with even more confidence than before, guiding a fresh batch of ‘rookie cops’ through solving a crime and clearly having a ball while doing so. As the glue holding the whole show together, Tom always manages to build a good rapport with his sidekick of the week, and this was particularly clear with Vicky Pattison in series two’s opener and with Emma Bunton in the Scandi-noir themed episode five. In fact he bonded so well with Bunton that she seemed genuinely upset when *spoilers* Sleet ended up being shot at the end of the episode. The moment made for rather emotional viewing (not something I ever thought I would say about Murder In Successville!) which is testament to how much Tom has made the gruff copper become a truly lovable character. 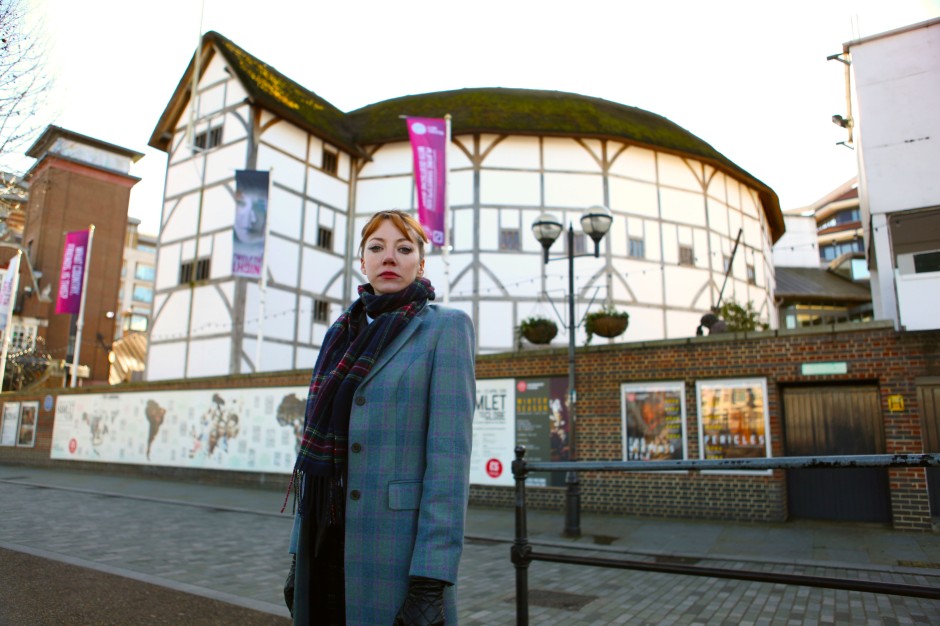 2016 was the year in which Diane Morgan really came into her own, with two Philomena Cunk specials as well as parts in Motherland and We The Jury during the BBC’s sitcom pilot season. Making full half-hour episodes in the style of her short ‘Moments of Wonder’ segments from Charlie Booker’s Weekly Wipe proved to work and then some, as Philomena took us on an exploration of Shakespeare and tried to discover the true meaning of Christmas. There’s nothing easy about playing a fool, particularly when you’re interviewing frustrated academics, and Diane’s consistently deadpan delivery makes every well-written line even more hilarious. With so many topics that could be put at the centre of her silly documentaries, Philomena Cunk is a character that could run for a very long time, and I feel we’ll be seeing a lot more of Diane on our screens in the future… not least because a full series of Motherland has been commissioned. 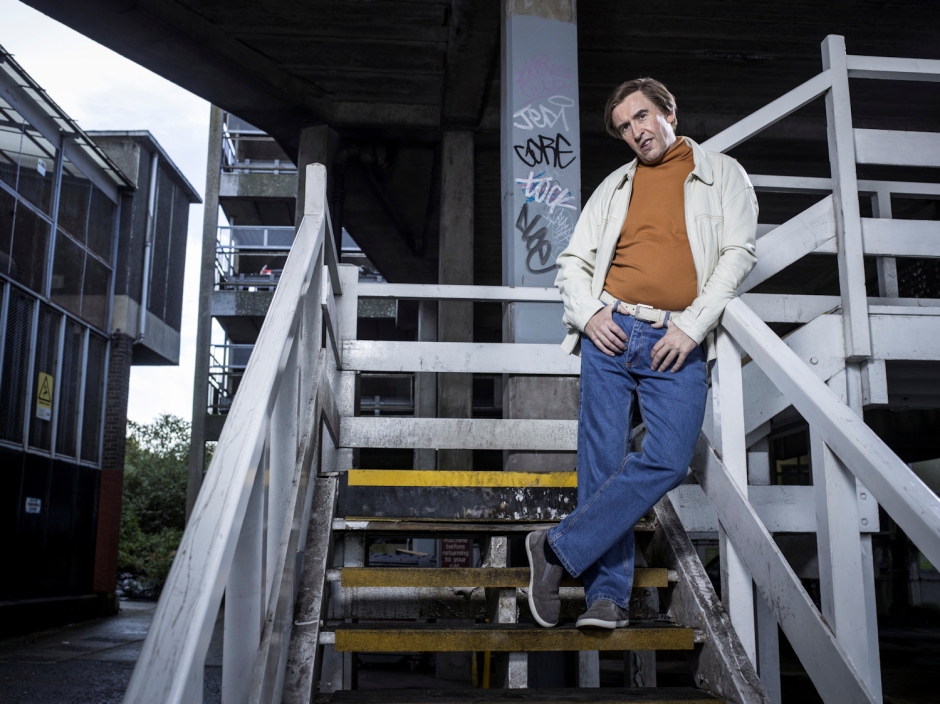 We were treated to a double dose of Alan Partridge in 2016 (a triple dose if you count his excellent book Nomad!) thanks to a second series of Mid Morning Matters and hour-long special Scissored Isle which saw him explore ‘broken Britain’. Now in his third decade of playing Alan, Coogan has the character down to a T and there isn’t a lot to say about his performance that hasn’t already been said. Whether he’s confined to his radio studio in Mid Morning Matters or thrown into all sorts of unfamiliar situations in Scissored Isle, such as “entering a trance-like state” when working on a supermarket till in one of the special’s best moments, Alan Partridge is comedy gold and still just as funny as he was back in the 90s… if not even more so. 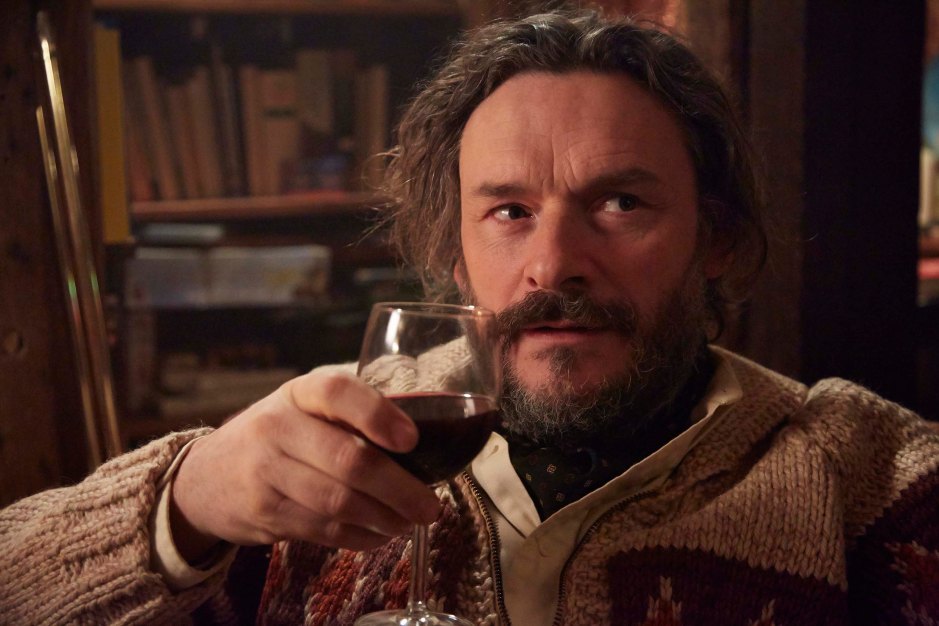 Dark comedy Flowers begins with a suicide attempt by Maurice, a children’s author with a rather eccentric family in which relationships are strained. Julian Barratt hasn’t been seen in many TV comedies since The Mighty Boosh came to an end, but you can tell why he ‘came back’ as such to play Maurice. The role of a sombre, troubled man suits him down to the ground and the show itself is unique, managing to be bleak, touching and laugh-out-loud funny all at once. Series two is coming our way at some point this year and I can’t wait to see how the story continues.

Morgana Robinson in The Agency 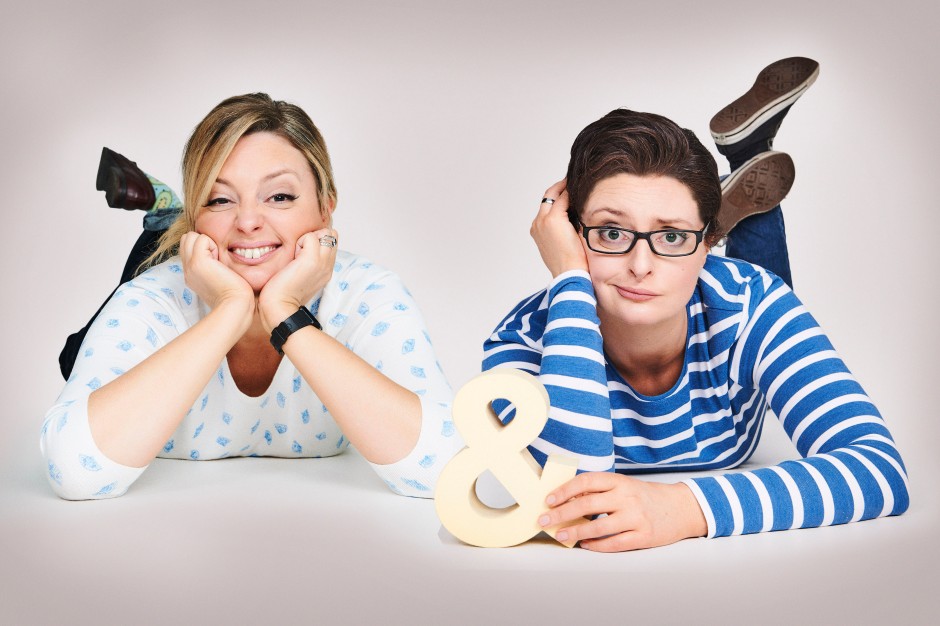 After several years of scene-stealing parts in shows like House of Fools and Toast of London, 2016 saw Morgana Robinson star in The Agency – a sketch/impressions show set in a fictional talent agency whose famous clients are all played by Morgana. The fact that so many characters were being played by just one person did not seem unusual at all, largely thanks to Morgana’s impressive talent for mimicry. Highlights included her Joanna Lumley, Danny Dyer and Natalie Cassidy – who even got her own solo episode at one point in a break away from the sketch show format. The Agency was one of the most enjoyable impressions shows I’ve seen in a while, so here’s hoping it will be back for a second outing.

2016 saw Blackadder writer Ben Elton have his first hit since The Thin Blue Line with a historical sitcom about William Shakespeare, and a second series is just around the corner. Among a large cast of characters, Gemma Whelan really shone as Kate – an ambitious, intelligent woman stuck in a time when being female meant you could hardly do anything. There were particular standout moments for Gemma in the series finale, when Kate decides to disguise herself as a boy with not very successful results. The fact that Upstart Crow aired in May – the same month as Game of Thrones in which Gemma plays the sullen Yara Greyjoy – only emphasised her acting ability, and I know several people who didn’t even realise that she was the same person!

The past year has been a real treat for comedy fans, and with new TVO-linked shows such as Loaded and Sick Note and confirmed returns for Flowers, Upstart Crow and W1A lined up for 2017, there’s plenty to look forward to in the year ahead. Fingers crossed we might even get to see the long-awaited Morning Has Broken from Julia Davis or The Cloud from Graham Linehan and Adam Buxton.