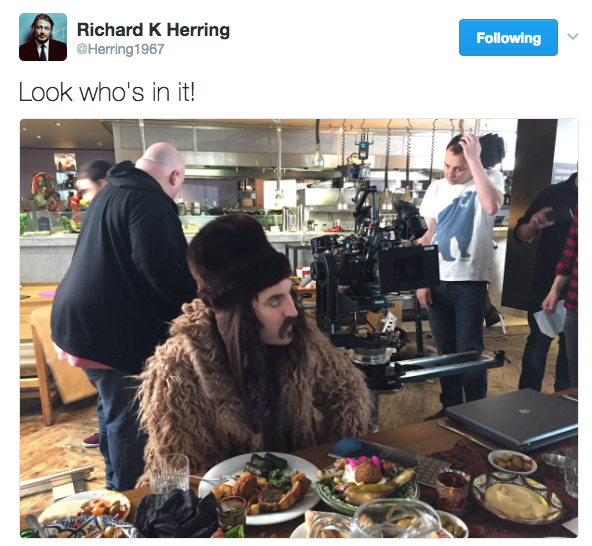 The ten-minute pilot will provide a taster for a sitcom about parallel universes called ‘Everything Happens For No Reason’. Unfortunately, being a pilot, it will be for Channel 4’s eyes only, but here’s hoping that a series will come from it!

Herring has previously said about the project: “The sitcom is an attempt to do a ‘proper’ alternate universe situation and includes big nods to all the shows that I love and love to hate.”

He added: “It’s a big idea, but what I think is hopefully good about it is that it is really about human relationships and human choices and human regrets. And I want to properly explore the mechanics of having an affair in a situation that your partner can never find out about (I think Goodnight Sweetheart went for farce on this, rather than considering the real implications on one’s happiness). Would you feel OK about it if you knew you couldn’t be caught, or would the guilt still eat away at you? Is it just the danger of discovery that makes having an affair exciting and terrifying at the same time? (you know, I imagine).”