Gogglebox returns with its third celebrity special, raising awareness and money for Stand up to Cancer – and Steve Coogan will be one of the people to watch while he watches. 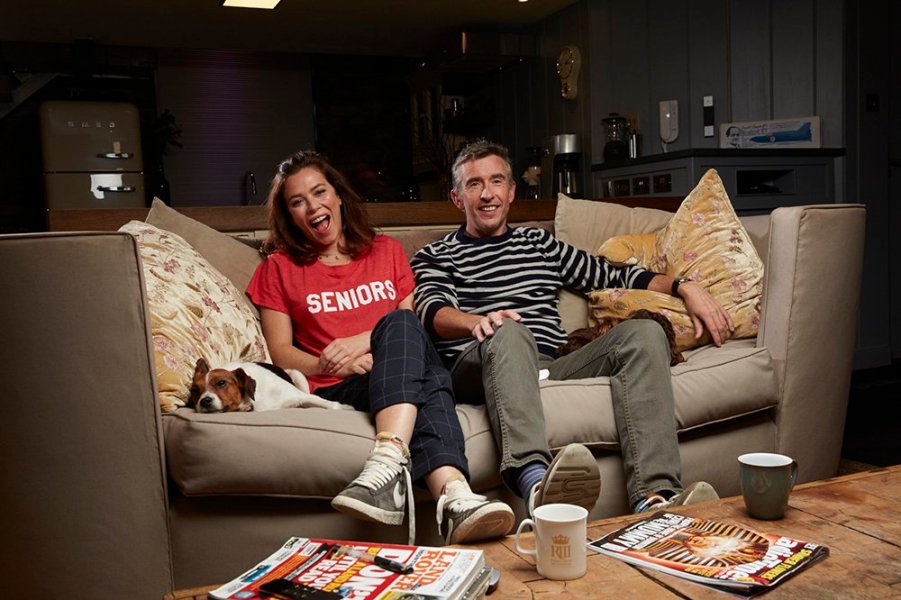 Steve will be joined on the sofa by Anna Friel – and an unnamed dog. Other celebrity participants in the show will be England footballers Jamie Vardy, Daniel Sturridge and Alex Oxlade-Chamberlain, and singers Olly Murs and Niall Horan. The celebrity ‘households’ will be intercut with the familiar Gogglebox families.

Steve said of his involvement in the programme: “Cancer has robbed us of the most amazing talent this year and we’ve all lost people close to us. The work undertaken by the Stand Up To Cancer campaign is nothing short of fantastic and Anna and I are delighted to be able to play our part.” Anna Friel added, “At a time when cancer seems to affect more of us than ever before, we really need to pull together. Steve and I are such big fans of Gogglebox and are thrilled to be part of this year’s Stand Up To Cancer. We hope that we can help raise lots of money for such a brilliant cause.”

This year’s Celebrity Gogglebox will be even more poignant as it will be the first one without the distinctive narration of Caroline Ahern, to whom the show will be dedicated. It will form part of an evening of live entertainment and fundraising on Channel 4 under the banner of Stand Up To Cancer, hosted by Davina McCall, Alan Carr and Adam Hills.

Launched in the UK in 2012, the joint national fundraising campaign from Cancer Research UK and Channel 4 raises funds for translational research, accelerating new cancer treatments and tests to UK patients to save more lives, more quickly. More than £25million has been raised in the UK to date and 30 trials and projects have been funded, with around 9,000 cancer patients either participating, or due to participate.

For more information about the fantastic work that they do, visit the Stand Up To Cancer website. And don’t forget to tune in, and give generously, on Friday.