Starting later this month the Book Club in Shoreditch will be hosting a series of Mighty Boosh themed events and an exhibition of  Dave Brown’s photography and Boosh-related artworks. The exhibition focuses on the Boosh live in its various forms, something very dear to our hearts at TVO, having met  on those very tours.

To make sure that the Boosh’s biggest fans have the opportunity to be involved, The Book Club and Dave have very kindly put together a special prize for our readers – and here’s what it includes:

To be in with a chance of winning, you’ll need to answer the following question:

The Mighty Boosh toured the UK and Ireland from September 2008 to February 2009. What was the name of the tour?

Email your answer, along with your full name, to competitions@thevelvetonion.com by 11:59pm on Saturday 15th October.

THIS COMPETITION IS NOW CLOSED. MANY THANKS TO EVERYONE WHO ENTERED.

We’ll pick four first prize winners and ten runner up prize winners at random from all the entries, and will be in touch with them via email on Sunday 16th October to ensure they are able to attend the launch events.

A couple of points to note about the prizes: We have been asked to let you know that the four first prize winners and their guests should wear Boosh costumes of some description. The event is a celebration of the show, and the extent to which fans have embraced dressing up is a big part of that. So dig out those polystyrene polo eyes and zoo keeper jackets, stick some satsumas down your pants and get ready to party! For the full terms and conditions, please see the small print below – it should answer any questions you might have about the competition.

The Mighty Boosh exhibition and events will be taking place at The Book Club in Shoreditch from 20th October 2016 until 29th January 2017; for more information head on over here. And to read about the photography and artworks on display, check out our recent interview with Dave Brown. 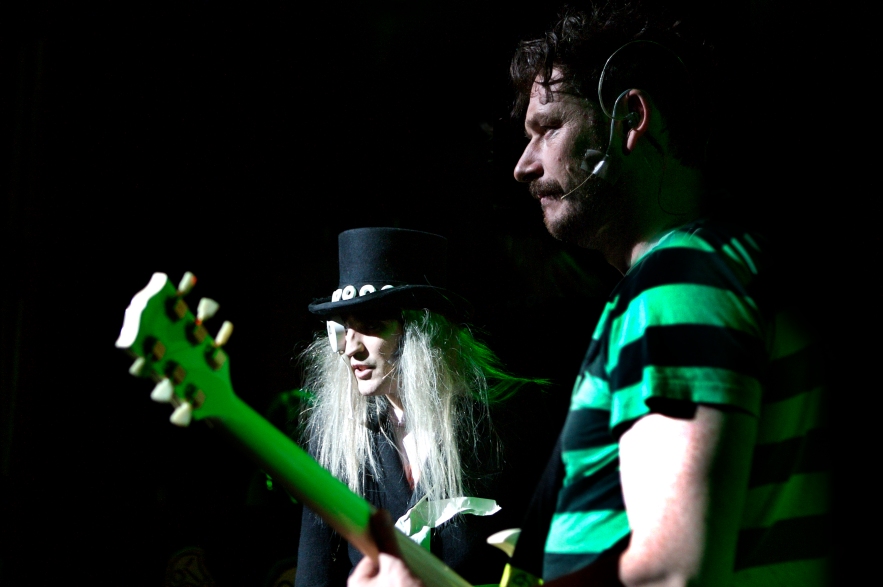 Only entries made to competitions@thevelvetonion.com will be accepted. The Velvet Onion will not accept entries as comments to this post, replies to our Facebook/Twitter pages, comments to any other posts in error or emails to any other email address in our domain, nor any entries received after 11:59pm on Saturday 15th October. This competition is being run entirely by The Velvet Onion, with prizes organised by The Book Club. One entry per person. Any entrants found making multiple entries from the same IP address will be disqualified, and banned from entering further competitions run by The Velvet Onion. The judge’s decision is final. There is no monetary value to this competition, prizes are non-refundable, non-transferrable and no cash alternative will be offered. If any winner fails to respond within 48 hours of notification, their prize will be forfeited and an alternative winner will be contacted. The winners and their guests must be over 18 years of age and will be responsible for their own travel and/or related expenses. Admission to the event is at the discretion of The Book Club. The Velvet Onion reserves the right to withdraw this competition if any overriding issues arise.