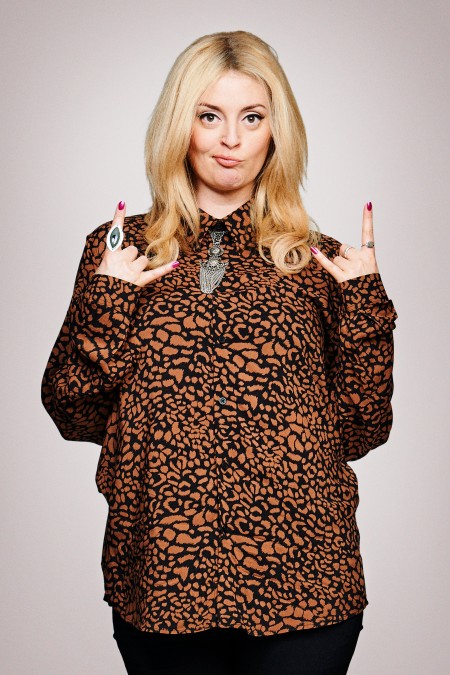 Next Monday sees the launch of the long-awaited new sketch show: Morgana Robinson’s The Agency.

The series sees the House of Fools star transform into a cavalcade of celebrities, and also features a number of our regulars for good measure.

But is it any good? TVO’s Sophie Davies took a sneaky peek at the first couple of episodes, and this is what she made of it…

Since she first appeared on our radar, we’ve always thought there was something special, and inherently likeable, about Morgana Robinson.

After cheekily handing her showreel to Russell Brand’s agent while working front-of-house at a swanky restaurant, Morgana was propelled into the world of comedy, and in 2010 fronted The Morgana Show, shortly followed by Very Important People (both on Channel 4). Although neither of these sketch shows ran beyond a single series, they established Morgana as a unique comedy talent, with a real knack for playing eccentric characters and impersonating an impressively wide range of celebrities.

Over the past few years, you’ve probably seen Morgana in scene-stealing form as Julie in House of Fools, holding her own against comedy heavyweights like Vic and Bob, Matt Berry and Dan Skinner. She’s also made three appearances (as three different characters!) in Toast of London, in addition to cropping up in Psychobitches and Charlie Brooker’s Weekly Wipe. Most recently she was playing Pippa Middleton in Channel 4’s The Windsors, and she’s got a part lined up in the upcoming third series of Inside No. 9.

And so this brings us to her much anticipated new venture… a BBC Two series entitled Morgana Robinson’s The Agency – a sketch/impressions show set in the fictional Mann Management talent agency, whose famous clients (including Natalie Cassidy, Miranda Hart, Mel & Sue, Joanna Lumley, Adele and Gregg Wallace to name but a few) are all played by Morgana.

Here at TVO, we’ve had a sneak peek at The Agency and can tell you there’s plenty to look forward to. We’d even go so far as to say it’s the best impressions show we’ve seen in a long time! 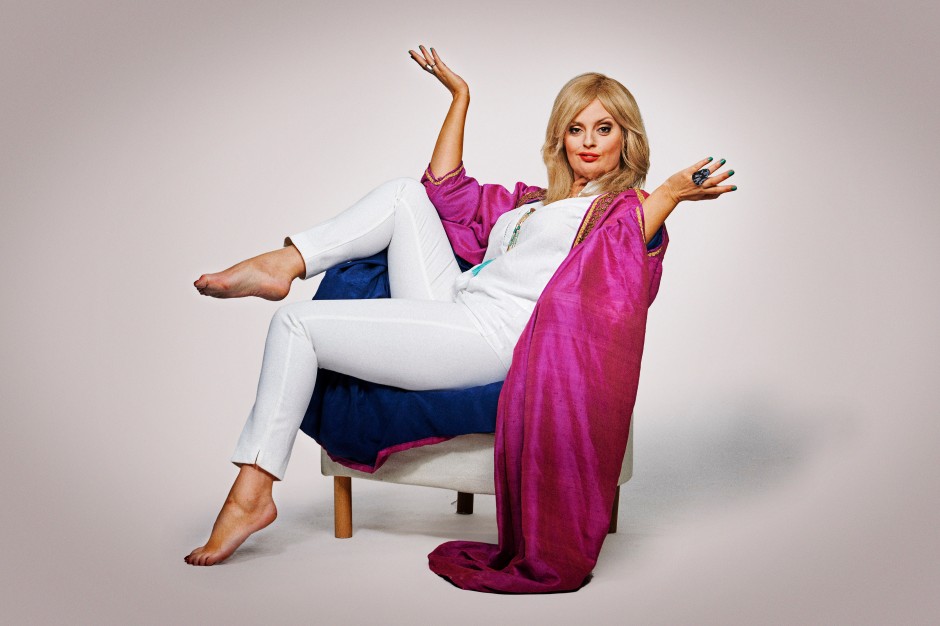 If you’re familiar with Morgana (and we’re sure you are if you’re a frequenter of TVO), you’ll already know that she’s a captivating performer. Delivering spot-on impressions, she masterfully adopts the vocal and physical characteristics of her targets. She really gets their mannerisms down to a T – the vacant stare of Cheryl Cole, the wild gesticulating of Russell Brand, the ‘hard man’ swagger of Danny Dyer… And there’s something about the expression in her eyes as Natalie Cassidy that makes the character surprisingly endearing. Morgana plays every famous face in The Agency (unlike in Very Important People where the impressions were split between herself and other actors), yet there’s nothing distracting about it. Morgana becomes her characters to such a point that it’s very easy to forget you’re watching the same person in so many roles.

But a talented star alone does not make a show, and what really sets The Agency apart from many sketch/impressions shows of the past is the writing. With a team on board that includes Jack Bayles (Catastrophe), Matt Morgan (The Russell Brand Show) and our very own Nico Tatarowicz (Murder In Successville), this shouldn’t come as a surprise. The talent agency setting ties everything together nicely, along with some narration by Claire Skinner from Outnumbered, and the sketches are full of excellently crafted lines. All too often with shows like this, the impression ends up being the only real joke of the sketch, but that certainly isn’t the case here.

In the opening episode, we see Miranda Hart (a particularly good ‘new’ impression for Morgana) try to escape her clumsy, awkward image by doing some serious theatre. As you can probably imagine, it doesn’t go very well, leaving Miranda back where she started, wondering when Game of Thrones is going to call.

Now, a lesser show would churn out a variant of this sketch week after week (e.g. Miranda tries her hand at a bleak film, a historical drama, and so on) until it’s totally predictable and laugh-free. The Agency doesn’t do this, and Miranda is actually used sparingly in the following episodes. In other words, The Agency knows not to run its characters into the ground, and there isn’t a catchphrase in sight!

Even more good news for TVO readers is that Morgana’s face is not the only one you’ll recognise in The Agency. Gemma Whelan is on top form as Natalie Cassidy’s self-centred sister, and Seb Cardinal has a recurring role as Mel Giedroyc’s put-upon husband.

In the first few episodes there are also appearances from Tony Way, Cariad Lloyd and Natasia Demetriou. And if you keep your eyes peeled, you may even catch a quick cameo from a certain House of Fools/ Toast of London co-star of Morgana…

The Agency has been a relatively long time in the making – you might have heard of it a while ago, when it was in development and going under the name Impressions of Fame – but we’re happy to report that the wait has been worth it. This might just be the show that makes Morgana Robinson a household name, and if so, it would be very well-deserved.

Morgana Robinson’s The Agency starts Monday 26th September on BBC Two at 10pm. You can see more of Morgana’s new faces in our exclusive gallery below.