You lucky lot have the chance to see an exciting selection of TVO-connected films at the upcoming BFI London Film Festival. 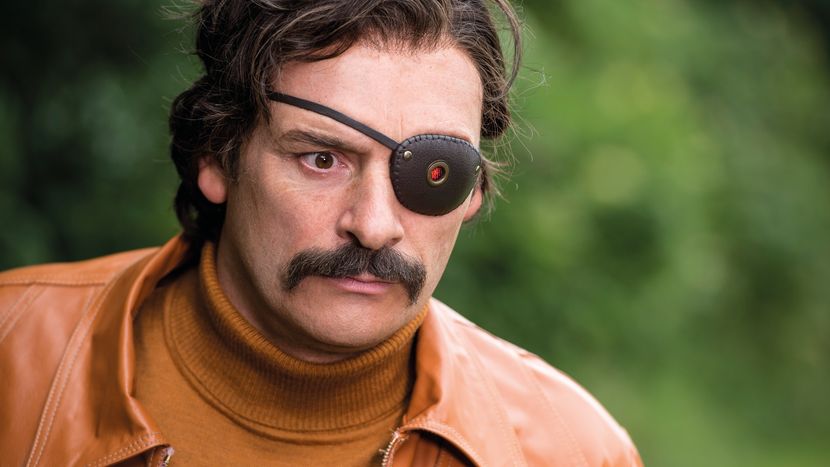 In this new film written by Julian Barratt and Simon Farnaby, a fading actor who starred in a hit 80s TV show about a detective with a robotic eye must return to playing his most famous character when a real criminal demands it. The top-notch cast includes Julian and Simon, along with Steve Coogan, Andrea Riseborough, Russell Tovey, Essie Davis and Simon Callow.

You can buy tickets to see Mindhorn at the Odeon Leicester Square on Sunday 9th October at 2.30pm or on Wednesday 12th October at 2.15pm. Tickets will go on sale Thursday 15th September at 10am.

Here are our thoughts on the film (spoiler: we love it!) as well as our interviews with Gareth and Tom about it.

You can buy tickets to see The Ghoul at the Haymarket Cinema on Friday 14th October at 9pm or at Picturehouse Central on Sunday 16th October at 3pm. Tickets will go on sale Thursday 15th September at 10am.

This directorial debut from Alice Lowe, which recently opened Venice International Film Critics Week, is about a pregnant woman who loses grip on reality and embarks on a revenge killing spree. The cast includes Tom Davis, Gemma Whelan, Kayvan Novak, Tom Meeten and Dan Skinner, alongside Alice in the main role.

You can buy tickets to see Prevenge at the Haymarket Cinema on Thursday 13th October at 6.30pm or at Picturehouse Central on Sunday 16th October at 12.15pm. Tickets will go on sale Thursday 15th September at 10am.

You can enter the ticket ballot for Free Fire from now until noon on Friday 9th September.

We’ll keep you posted if we spot anything else TVO-related in the festival’s programme!