Simon Day stars in the new London stage adaptation of Waiting for Waiting for Godot which premieres this week. 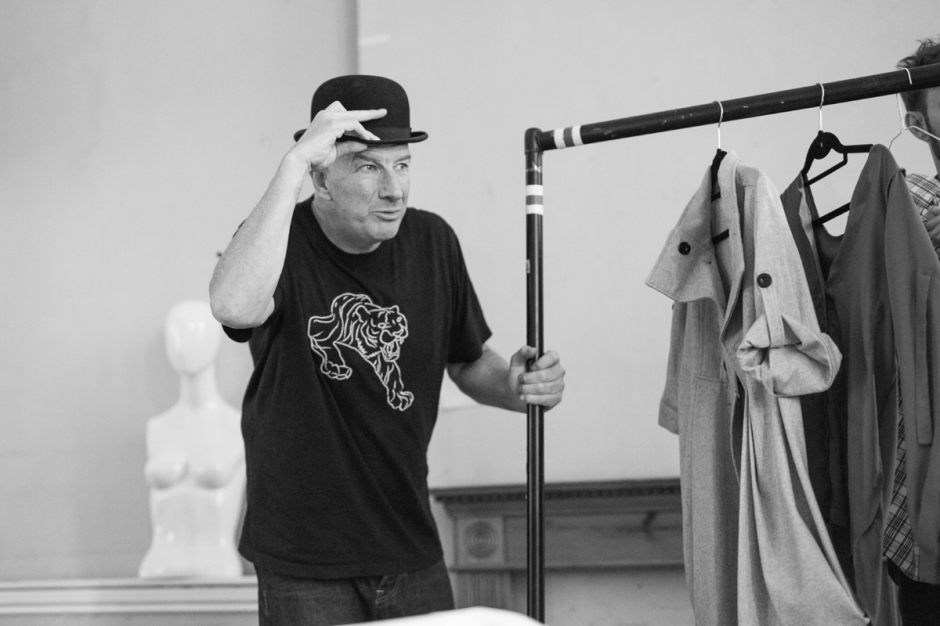 The play is written by actor, comedian and playwright Dave Hanson (perhaps best known for his work on Inside Amy Schumer), and originally premiered at the 2013 New York International Fringe Festival. Directed by Mark Bell (The Play That Goes Wrong), it tells the tale of two hapless understudies occupying their time backstage, trying to understand art, life, theatre and their precarious existince within it.

With a premise that’s part Rosencrantz and Guildenstern, part Withnail and I, the play has been described as ‘delectable’ and ‘gleefully absurd’ by prominent New York critics, and now transfers to London’s prestigious St James Theatre.

The three hander features Simon as Esther, alongside The Play That Goes Wrong stars Laura Kirman and James Marlowe.

Tickets for the run, which opens on Tuesday following previews, and lasts until 24th September, are on sale now.