Sharon Horgan and Dennis Kelly, the creators of Pulling, have reunited to write The Circuit for Channel 4. 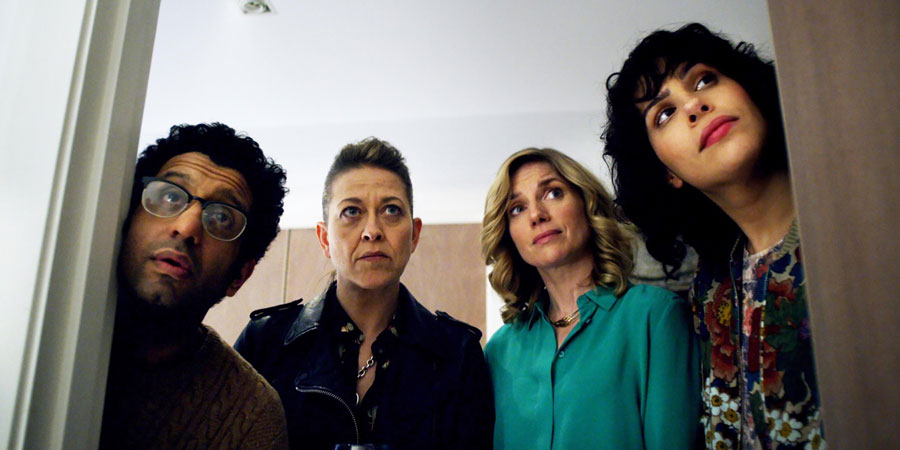 The sitcom pilot stars Adeel Akhtar (Four Lions) and Eva Birthistle (Brooklyn) as a couple who reluctantly attend what turns out to be a nightmare dinner party.

Here’s the premise in Channel 4’s words: “Gabe and Nat have left their wonderful old life and moved to an area where people seem to oscillate somewhere between highly strung and psychopathic. The reason they left isn’t immediately clear, but they’re here now and trying to make the best of it. They go to one dinner party hosted by neighbour Helene and her husband Sasha, with fellow prisoners Marty and her girlfriend Angie. And so begins a descent into hell and goulash, from which no one will ever fully recover.”

The Circuit has been made by Merman, the production company set up by Sharon Horgan and Clelia Mountford, and will air 10pm on Thursday 25th August.

Channel 4’s Head Of Comedy says: “The pitch for The Circuit was irresistible. The premise – that everyone hates going to dinner parties but goes anyway – is a great starting place for a comedy. Plus, the prospect of a script from Sharon Horgan and Dennis Kelly, writing together again for the first time since Pulling, was incredibly exciting. The script didn’t disappoint, and I am delighted that we are now making a pilot.”

Take a look at the trailer: