Over the past week we’ve given you lots of Onion-flavoured Edinburgh previews to sink your teeth into… And there’s still more to come! If your Fringe schedule isn’t quite as full as it could be, here are some extra TVO recommendations that we just couldn’t neglect to mention.

If you’re a fan of BBC Three’s Murder In Successville, you’ll be familiar with Luke Kempner… perhaps without even knowing it! The talented impressionist has transformed himself into a wide range of Successville citizens – including Alan Carr, Russell Brand and Andy Murray – and gave a particularly standout performance as Jeremy Kyle in the recent second series.

Kempner’s 2012 Edinburgh show The Only Way Is Downton was a huge hit, receiving rave reviews and going on to tour the UK and the US in the years that followed.

If this new show is even half as good, you’ll want to get your hands on a ticket asap! Judi Dench Broke My Heart is at the Pleasance Dome on August 3-14 and 16-28. 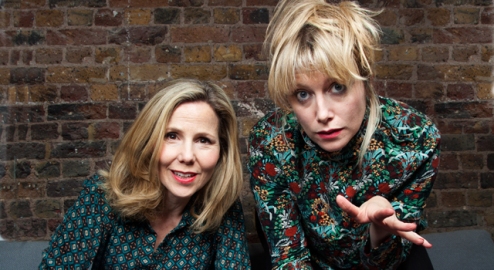 Sally Phillips is something of a comedy legend, with I’m Alan Partridge, Smack the Pony, Miranda and Bridget Jones’ Diary among her past credits. Earlier this year she teamed up with Lily Bevan for a critically-acclaimed BBC Radio 4 series entitled Talking to Strangers, with an impressive cast that included Jessica Hynes and Olivia Colman, and they’re now taking the show to Edinburgh.

So what is Talking to Strangers all about? Well, it’s a collection of comic monologues and sketches in which characters find themselves ‘engaging in the most un-British of activities: talking to a stranger’. You can read more about Phillips and Bevan’s motivation for creating the show here. Talking to Strangers is at Assembly George Square on August 15-21.

Jonny & the Baptists: Eat the Poor

Edinburgh regulars (and professional Ukip pisser-offers) Jonny & the Baptists present ‘a riotous musical comedy epic about friendship, inequality and betrayal’ in which we’ll see the consequences of Jonny betraying Paddy for wealth.

Expect plenty of satire, wit and catchy tunes from the duo who dedicated their last show to climate change, and are now turning their attention to the gap between rich and poor. Jonny & the Baptists: Eat the Poor is at Summerhall on August 5-8, 10-15, 17-22 and 24-28.

Fresh from appearing in the second series of Murder In Successville as Tess Daly and a pitch-perfect Sarah Millican, the very talented Rachel Parris is heading to the Fringe. Not only will she be improvising in the Jane Austen themed Austentatious with her Successville co-star Cariad Lloyd, she’s also starring in her own solo show Best Laid Plans.

Best Laid Plans will feature ‘a collection of songs, stories and stand-up about not having it all’ and you can catch it at the Pleasance Dome on August 3 – 28. 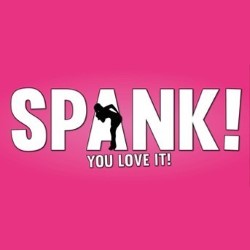 Legendary comedy night Spank! is returning to the Fringe for its 13th year with promises of ‘sexy hosts, awesome comedians and the inevitable gratuitous nudity’. If you want to know who’s on the bill, you’ll just have to turn up and find out (or keep an eye on their Twitter for any hints and announcements they wish to share).

Expect a crazy, fast-paced night of comedy that you won’t want to miss. You’ll love it! Spank! is at Underbelly Cowgate at midnight on August 5-28.

Following on from the success of her solo Fringe debut last year (she was previously part of sketch group The Grandees), Marny Godden is back with another madcap, character-driven show: Where’s John’s Porridge Bowl?

Audience members are sure to have an hour of fun in Marny’s world full of giddy energy, adventure and eccentric characters, which will apparently include ‘a prancing pup, a clog-wielding prophet and a toothless twit’. Where’s John’s Porridge Bowl? is at The Hive on August 4-14 and 16-28.

Probably best known to TVO readers from The IT Crowd‘s final episode (in which he played the barista who gets hit by a van with breasts), Gareth Morinan is a former data analyst turned comedian, whose stand-up often incorporates graphs and slides.

This new show from the man who three years ago exploited a loophole and cheekily took out 11 separate listings in the Fringe brochure will dissect height discrimination with the help of statistics.

Graph Giraffe is at Banshee Labyrinth on August 6-27.

Axis of Awesome: Won’t Ever Not Stop Giving Up

Not technically ‘one of ours’, but we couldn’t miss out on an opportunity to mention the Aussie rulers of rock-comedy, who are returning to the Fringe with an hour of new musical parodies. This will be the trio’s first Edinburgh appearance since lead singer Jordan Raskopoulos came out as transgender earlier this year, and we’ve heard that the show will include a very funny acknowledgement of the ‘elephant in the room’.

If you fancy taking in some musical comedy at the Fringe, add the brilliant Mitch Benn to your must-see list (along with Adam Kay, Jonny & the Baptists and Axis of Awesome). The Now Show‘s resident musician has penned countless witty, satirical tunes over the years, and even made it into the music charts with his rousing anthem I’m Proud of the BBC.

In his new show Don’t Fear the Reaper, Mitch will be exploring the topic of mortality at The Stand Comedy Club on August 4-14 and 16-28.

Edinburgh Fringe legend Simon Munnery is back for a 30th (!) year with a new hour of stand-up. This “comedian’s comedian” starred in Attention Scum on BBC2 back in 2001, but has since shied away from television, aside from appearing in It’s Kevin, Stewart Lee’s Comedy Vehicle and The Alternative Comedy Experience.

This is one show from an experienced, innovative standup that you won’t want to miss. Standing Still is at The Stand Comedy Club on Aug 4-14 and 16-29.